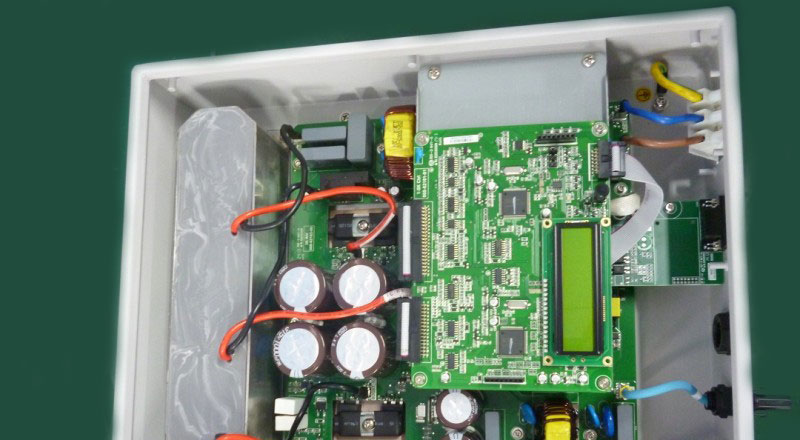 Solar inverters are the operational heart and most defect-sensitive part of every solar PV system. Their basic job is to convert the produced DC voltages of the solar array into maximum usable AC energy and coordinate the efficient and safe operation of the whole array.

That said, inverters are required to handle high, varying voltages, consistently face extreme temperature ranges and are exposed to environmental stress, for example in form of moisture and dust.

Therefore, solar PV inverters and/ or its single components may fail for a range of reasons.

In the end, malfunctioning or even failing inverters may not only result in low power output yields, but may also offset the operational safety of the whole solar (pv) system.

It is therefore needless to say that solar system installers and end-user need to be entirely assured about the workmanship and performance quality of their inverters. In this article, we discuss a few selected basic solar inverter testing procedures and what are the common defectives found.

Certifications on your solar inverters provide the standards for the profitability and security of your investment. Not only for minimum safety reasons, but also to meet regional operation permission criteria, inverters should be certified.

Basic solar inverter quality testing on-site at a factory includes a range of steps and tests. Usually, (quality) manufacturers of solar inverters will carry out meticulous testing of each of their inverters before packing and ship them.

However, for a range of reasons – be it costs, resources, expertise, know-how and time – these tests may at many inverter manufacturers not conducted with the required need of precision and accuracy.

Among the many testing steps and procedures, there are four major tests that an inverter needs to undergo before being packed and shipped:

The ingress protection (IP) rating of an inverter defines the ability of the inverter casing and seal to prevent moisture, dust ingress and foreign particles from entering and harming the electrical components.

Most manufacturers claim to meet IP65 standards, which means that the inverter is dust tight and that water jets (as per standard: 12.5l/ minute for at least 3 minutes at a pressure of 30kPa and distance of 3 meters) against the enclosure have no harmful effects.

There are even some manufacturers claiming IP67 which would provide for dust tight and immersion if put in water (immersion depth of at least 1m). IP quality testing will check the conformity of the IP rating involving water jets/ immersion, air intrusion and seal quality tests. Less conducted during internal quality control but by involving independent third party quality testing companies, during this procedure the build quality of the inverters is checked.

This basically involves an assessment of the quality and assembly of the components on the electrical circuit board (resistors, diodes, capacitors, transistors etc.) and wiring used in the system.

The wiring needs to be in order (no cable spaghetti) and allow for even air/ heat distribution and the coating needs to be even and conformal over the components, otherwise the likelihood of the inverter to fail – especially in humid areas – is very high. During this test procedure, the temperature inside an inverter and its distribution is checked. Inverters are therefore run for at least 60 minutes and then tested on the temperature conditions using thermal cameras.

Good inverters have uniformly low temperature levels at below 60°C with good distribution of the heat over the inverter, thus signaling good heat sinking characteristics that protect the electrical components.

The functions test is a standard inverter test conducted before an inverter leaves the factory. The functions test assesses the operational functioning and power conversion characteristics of the particular inverter with a simulated pv array.

It assesses the performance of the inverter under varying load conditions. The functions test are usually performed at extreme humidity and restricted ventilation conditions at standard 25°C, testing the inverter in the operating and loading condition range as per specifications to verify it meets the stipulated standards. The above potential defectives such as ingress, premature degradation of electrical components and functional defects of the inverter can be avoided by following certain steps that will allow you to replace defective solar inverters before shipment.

Finally, after the solar inverter manufacturer has produced the solar inverters according to your quality requirements, independent testing needs to be performed to confirm the quality. For which on-site presence by yourself or the use of professional third party inverter testing companies is highly recommended.

By identifying the defective solar inverters after production, they can be replaced or repaired before they will be shipped. This is the only approach that will ensure that your inverters will perform at 100% and are perfect in appearance as well.

Thank you, very helpful article. Is there more to look for when buying inverters?