In the execution of ZERO RISK SOLAR projects, we at Sinovoltaics take a wide approach to PV project risk management which not only involves the technical de-risking of the solar PV assets and investments, but also the elimination of risks associated with vandalism and theft.

Theft has for long only been a marginally discussed topic in the solar PV industry, but with more and more projects being deployed worldwide and an increase in project sizes, so do also increase the cases of solar power plants falling victim to burglary.

In this article, we look at the variety of available systems to protect a solar PV installation from theft, how they work and their major advantages and disadvantages.

Background
Theft of modules, inverters, cables and other valuable equipments from a solar PV installation is still a relatively underreported phenomenon, to the extent that comprehensive solar PV equipment theft statistics are scarce and the available reports and numbers only scratch on the surface of a supposedly much larger and underreported issue.

Random searches for news reports and articles about theft of solar equipment yield staggering figures on a global scale, spanning over several years up to as recent as the past few months in 2020:

In Germany for example, from 2011 to 2014 alone, the country’s State Criminal Police Offices counted over 1,880 cases involving PV equipment theft that incurred damages of over more than 15 Million Euros. The thefts involved both roof- and ground-mounted installations, small and large.

But it’s not only about the stolen equipment itself, but also vandalism that can go hand in hand with a successful or unsuccessful theft attempt. Indeed, solar panel vandalism and theft are often closely related.

These and other potential losses and risks, associated with theft of solar PV equipment, make prevention and mitigation imperative for any PV project developer, plant operator and financial stakeholder. 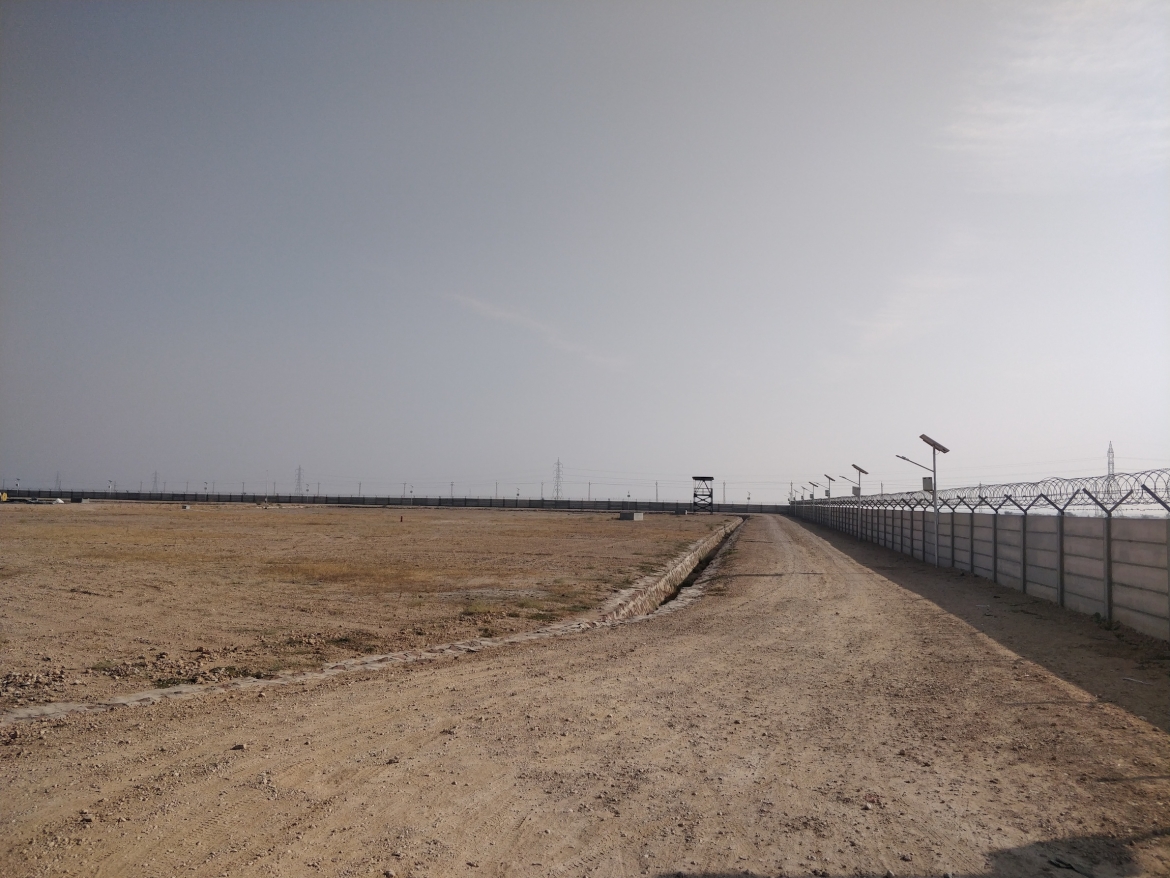 Kleptovoltaics – a worldwide phenomenon
Theft of equipment from solar PV power plants happens everywhere in the world, both in developing and also developed countries. Yet, from an operational point of view, PV power plants that are located in or near areas where dire economic conditions and/ or significant income inequality are prevalent or which experience political instability, are potentially at a higher risk. This is also true for plants in remote areas, such as for example in deserts.

In addition, as with theft in general, there are additional psychological, social and opportunistic factors that can come into play, even including peer pressure.

What can owners of PV power plants do to minimize or even eliminate the risks of theft?

While there are insurance solutions in the market that address theft, however being ex-post solutions their coverage often comes with limits that may hardly address the full scope of consequences resulting from equipment theft and also vandalism.

As a proactive approach towards this widely underreported issue, a variety of anti-theft system choices are nowadays available which we will explore in the following sections.

Systems to tackle PV equipment theft
There is a wide range of old-fashioned and innovative systems in place to deal with the theft of solar PV equipment, though their approaches vary greatly.

Some systems are rather exotic and are very rarely employed, while others are very common.

In fact, some systems bear inherent qualities of multiple anti-theft system categories, which we will explore further in this article.

1. Passive Anti-Theft Systems:
Passive systems are systems that by their very definition and form are not actively preventing theft but rather establish physical and audio-visual deterrents with the objective to keep thieves off. Such systems include:

3. Supportive Anti-Theft Systems:
A supportive system are essentially surveillance systems designed to document and monitor thefts for subsequent identification of the perpetrators, with some more advanced systems even capable of incorporating reactive features such as alarm sounds: 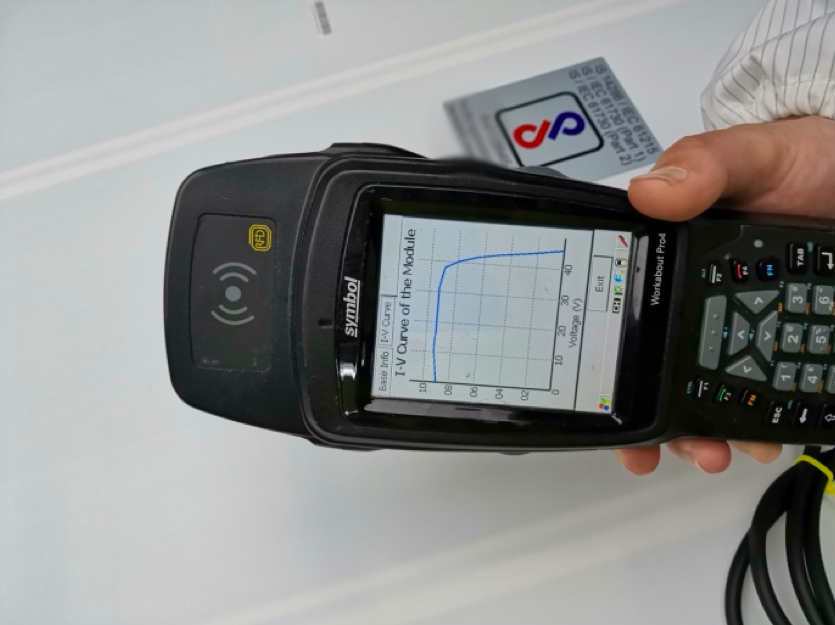 One such system is TRAPS (Theft Reconnaissance Access Protection System) which is engineered and integrated in solar PV installations by PV-specialized security technology company Viamon from Germany in partnership with Sinovoltaics Group.

Theft Reconnaissance Access Protection System: how does it work?
TRAPS is smart GPS-based geo-fencing technology that secures equipment of solar PV power plants, such as modules and inverters by equipping them with alarm and geo-tracking functionalities, enabling owners and operators to not only protect but also retrieve their PV assets in the event of theft.

The TRAPS device includes sensors and SIM cards and is embedded directly in the PV equipment, invisible from the outside.  The sensors react to movements, swings, jolts and position changes, triggering immediate alarms and communicating the event of theft via various customer-defined communication channels, including SMS, e-mail, app notifications or calls.

Concurrently, the device sends out constant signal pings of the GPS coordinates of the stolen asset it is integrated with, leading police directly to the thieves’ hideout.

TRAPS works under various climatic conditions, spanning from coastal areas to snowy mountains and deserts across the globe.

How is TRAPS implemented?
TRAPS can be integrated with the PV equipment both during manufacturing and in-situ at the PV plant after installation. To maximize protection from the start and cost-efficiency, integration early on during manufacturing is recommended. Viamon and Sinovoltaics collaborate on the integration of TRAPS on-site at factories of solar module and inverter manufacturers in Asia before the equipment is shipped to projects worldwide.

To date, TRAPS has been integrated in solar farms on 5 continents, including in Germany, India, China, Namibia, Spain, Chile and Dominican Republic with a cumulative capacity of over 1,000MWp. 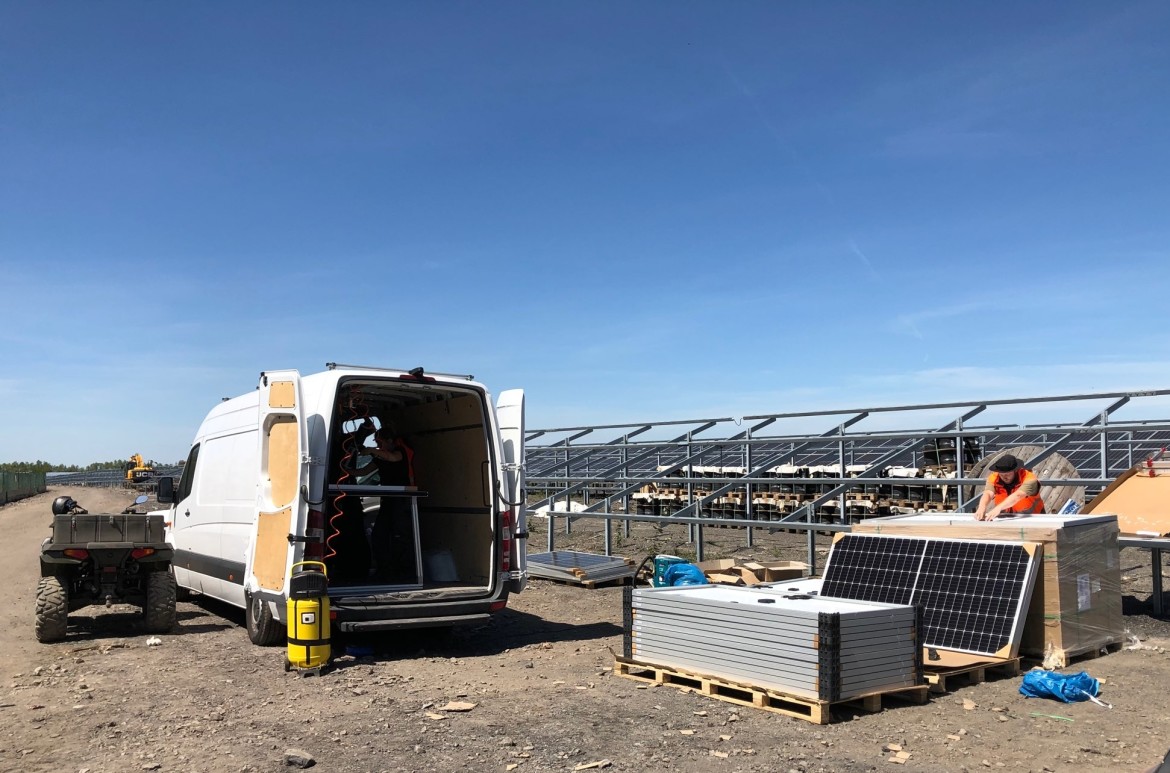 Refitting of TRAPS in-situ at a solar PV power plant

Advantages of TRAPS
Unlike any other anti-theft system, TRAPS enables asset owners to potentially retrieve the stolen PV equipment. The device has a wide range of features to protect solar PV assets, retrieve losses and provide evidence to police for further criminal investigation against thieves:

Disadvantages of TRAPS
Despite all its outstanding advantages over any other anti-theft system for solar PV assets, one disadvantage of TRAPS in applications without local power supply, such as involving cable security and passive infrared (PIR) sensors, is the requirement to replace the built-in batteries after about 10 years of operation.

However, the timely replacement of the battery before its end of life is per default part of the service agreement and the developer is also working on de-centralized power supply solutions for these applications. On the other hand, applications with local power supply such as with modules and inverters come with extended operational time of over 20 years.

Summary
As outlined in this article, there is a variety of anti-theft systems on the market or applicable to protecting PV power plants. Proper PV project risk management mandates the de-risking of technical and quality risks, involving manufacturer pre-qualification and PV equipment quality assurance.

But, beyond addressing the potential technical and quality risks in the long lifetime of a PV project, securing PV plants against the fallouts from thefts is increasingly becoming a prudent exercise for successful project developers. Choosing the right anti-theft system and technology to safeguard a PV plant can potentially make an enormous difference between commercially successful PV projects as well as commercial failures.