Are Battery Prices Going Down or Not?

2021 has seen the price of solar PV cells rise for the first time in years. Rystad Energy estimates that this could threaten the deployment of around 50 GW of solar PV in 2022. 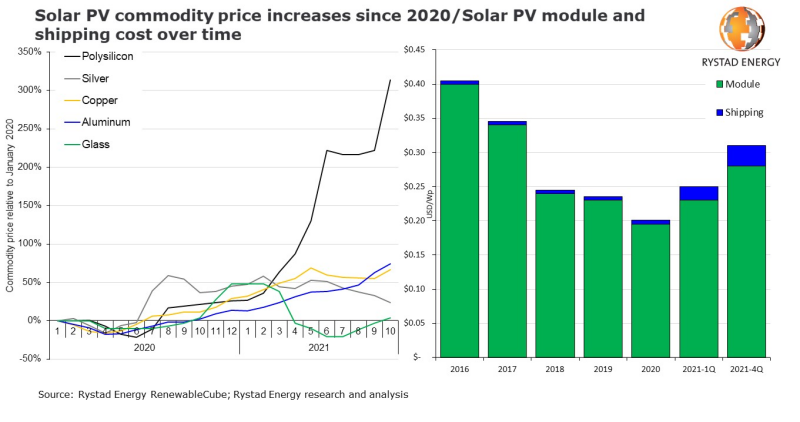 Late 2021 has seen similar bad news coming from the energy storage industry. After years of steady decline from 1,200$/kWh to 132$/kWh in 2021, battery pack prices are expected to rise slightly in 2022 to 135$/kWh according to BloombergNEF. 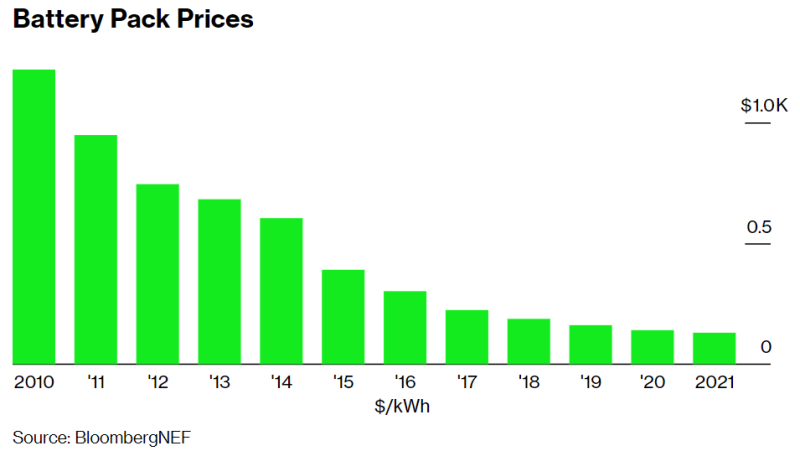 This increase in the price of batteries is mainly driven by a surge in demand for electric vehicles (EVs). The direct consequence is an increase in the cost of several raw materials that are critical to the lithium-ion battery cells value chain, namely lithium, cobalt, and nickel.

The Chinese battery giant is not the only one impacted by this rise in raw material prices, as other Chinese players like Guangzhou Great Power and Jiangxi Neutron Energy have also announced an increase in battery prices.

For example, BYD (in partnership with Chile’s Servicios y Operaciones Mineras del Norte)  has just won a lithium-extraction contract in Chile for an amount of US$121 million. And they won it despite having two mining titans (Albemarle, extracting around 20% of the lithium worldwide and SQM, extracting around 17%) competing for the same contract (Source: Battery News).

CATL is also working on securing its raw material supply chain. It acquired the Canadian mining company Millennial Lithium for around US$ 300 million. “The deal, which will give CATL access to Millennial's lithium mining sites in Argentina, followed a $240 million purchase of a 24% stake in a lithium project in the Democratic Republic of the Congo.” (Source: Nikkei)

Those capital-intensive moves from some of the biggest battery giants might make it more difficult for smaller and new players to secure a supply of raw materials and retain competitive prices. Combined with an ongoing surge in EV demand in the next few years, some critical materials might face shortages in supply.  There is however a silver lining - this situation could very well be the boost needed by the burgeoning lithium-ion battery recycling industry to scale up.