What is Carbon Arc Welding (CAW)?

Solar cells basically consist of pure silicon, a metalloid which in nature is not available in that condition. A first step is the deoxidization of silicon dioxide (SiO2) through carbon arc welding (CAW). In this process, carbon dioxide (CO2) and silicon are produced. This silicon produce “with ca. 99% still not sufficiently pure for solar cells“ must then further be purified. Purification is done through the floating zone technique (FZT) under which the 99% silicon rods are moved through a heated zone many times into the same direction until all the impure parts of the rod are at one end of the silicon rod. The impure part is then cut off and the remaining 100% pure silicon rod can now be used in the production process. 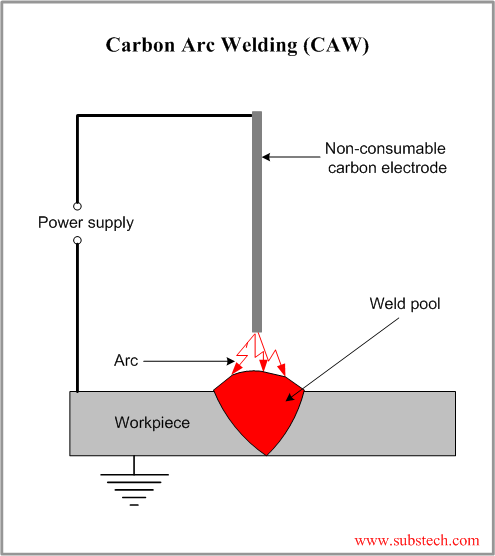 I think you mean Carbon Arc Melting. Carbon arc welding is a joining process, use of a carbon electrode in a furnace to refine silicon is different in its intent.

can the CAW be purchase