EVA Browning is defined as a change in color of the EVA film. EVA or ethylene vinyl acetate is used as an encapsulant in crystalline silicon PV modules. Browning in the modules happen when certain additives, used to prevent browning and enhance UV tolerance, start to disappear after losing strength against UV rays. This normally happens due to poor storage and handling methods. This can lead to bleaching and blistering of the EVA film and the solar back sheet often triggering corrosion in cell. A typical scenario of browning and corrosion is shown in figure 1 below. 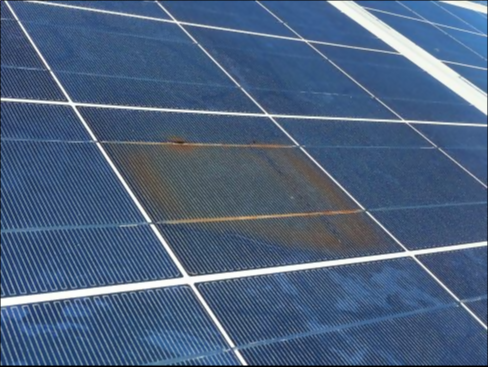 In addition to being an aesthetic problem browning also leads to a decrease in the module performance due to a high absorption in the EVA film as shown in the graph in Figure 2. 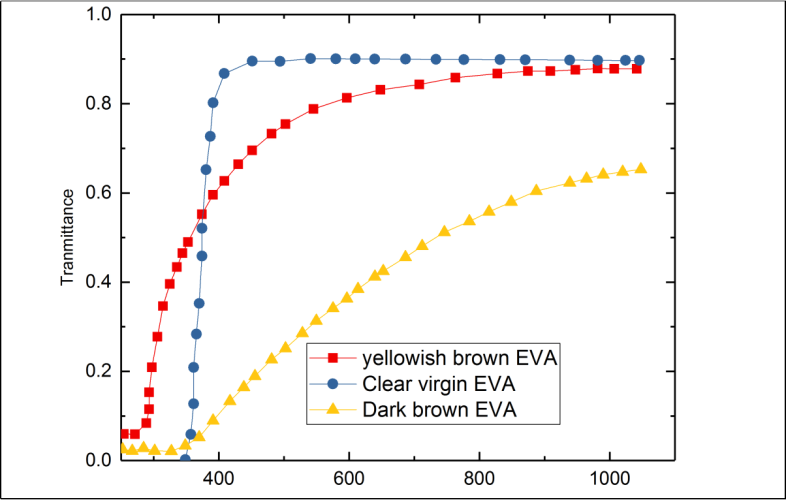 It has been noticed that discoloration or browning is mostly inhomogeneous and follows spatial patterns but the patterns depend on the type of module construction. For example, for glass/back sheet modules the browning occurs in the center of the cell with prominent EVA areas normally referred to as doughnut ring patterns above each cell. Discoloration is rarely observed in the EVA between neighboring solar cells. For glass/glass module constructions, this EVA discoloration is more spatially uniform.

What can be done to remediate  EVA browning?

EVA discoloration and browning can be reduced by: