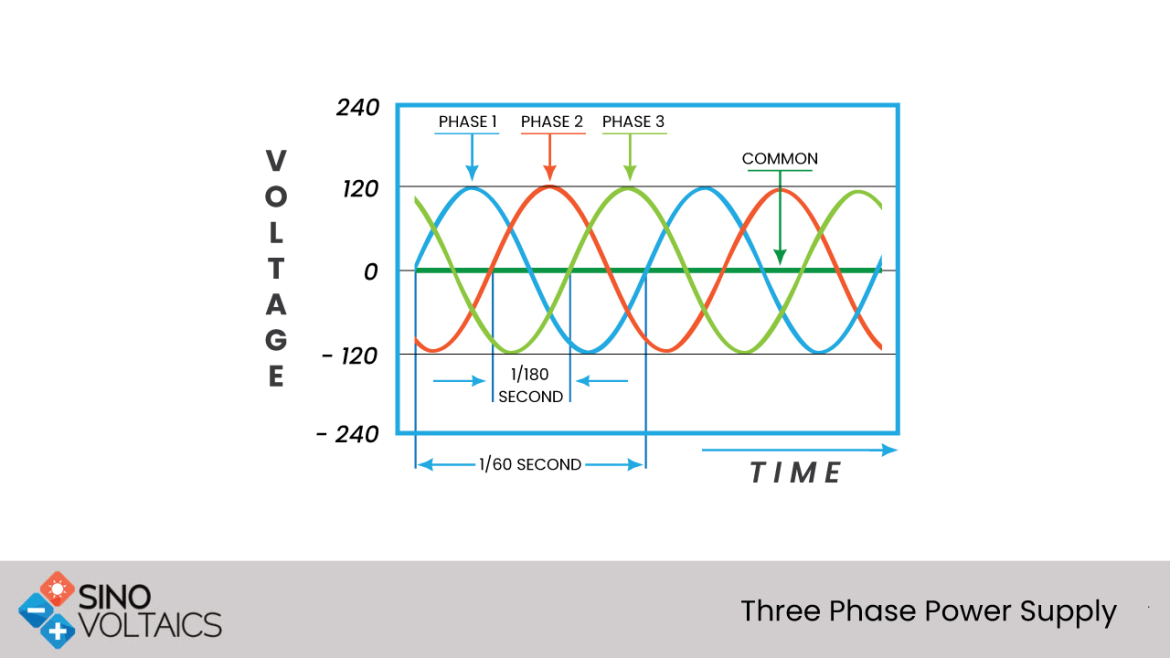 Three phase system-What is it?

As defined by Aegispower , “ A 3-phase system has three power wires, each 120⁰ out of phase with each other. Delta and wye are the two types of circuits use to maintain equal load across a three-phase system, each resulting in different wire configurations. In the delta configuration, no neutral wire is used. The wye configuration uses both a neutral and a ground wire”.  All three phases of power enter the cycle by 120⁰. When a complete cycle of 360⁰ is completed, three phases of power each peak in voltage twice. It is to be noted that with a three-phase power supply, a steady stream of power is delivered at a constant rate, making it possible to carry more loads.

The benefits of choosing a three phase supply include the following:

The applications of the three phase supply include the following: