VSAT trackers are mounted in north/south or east/west orientation to follow more “up-and-down” movement of the sun in the sky. These are most often seen in high-altitude/mountainous locations or those at more extreme latitudes.

The alignment of VSATs is not parallel to the ground. This makes it easier for these trackers to consistently capture angle of solar incidence when the sun is lower in the sky. This becomes an advantage in northern latitudes, for example, between 40° and 55°. However, unlike horizontal arrays, vertical field layouts need to accommodate the tall profile of the vertical tracker and spread out the units carefully in order to avoid shading and energy related losses. Vertical single-axis trackers end up having a relatively lower power density per acre. 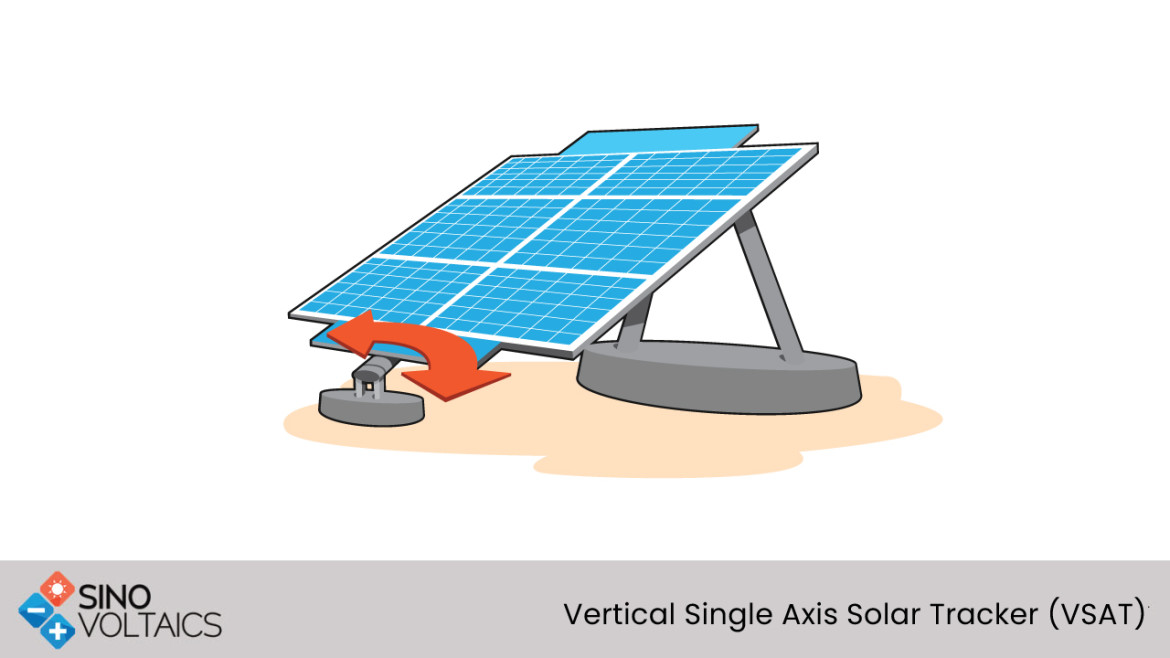 These trackers can be used at higher latitudes.  Rotation about vertical axis can increase the energy production by 30 % compared to fixed installation systems.

These trackers are tall. The field layouts with such tracking units need to be optimally designed on a given land so the shading effects on adjacent trackers are minimal and energy losses are averted.