(TSAT) is the abbreviation of the tilted single axis tracker which is a solar tracker device that increases the efficiency of the Solar System by tracking the solar energy.

What is a Solar Tracker?

A solar tracker is a device which orients the solar panels toward the sun to increase Solar System Efficiency and conversion rate.

For the flat panel PV systems, trackers are used to minimize the angle of incidence between the incident sunlight and the surface of the PV panel. Reducing this angle can increase the amount of produced energy from the same fixed amount of installed power generating PV cells. In standard photovoltaic applications trackers could be used in the majority of commercial installations which produce power greater than one megawatt. 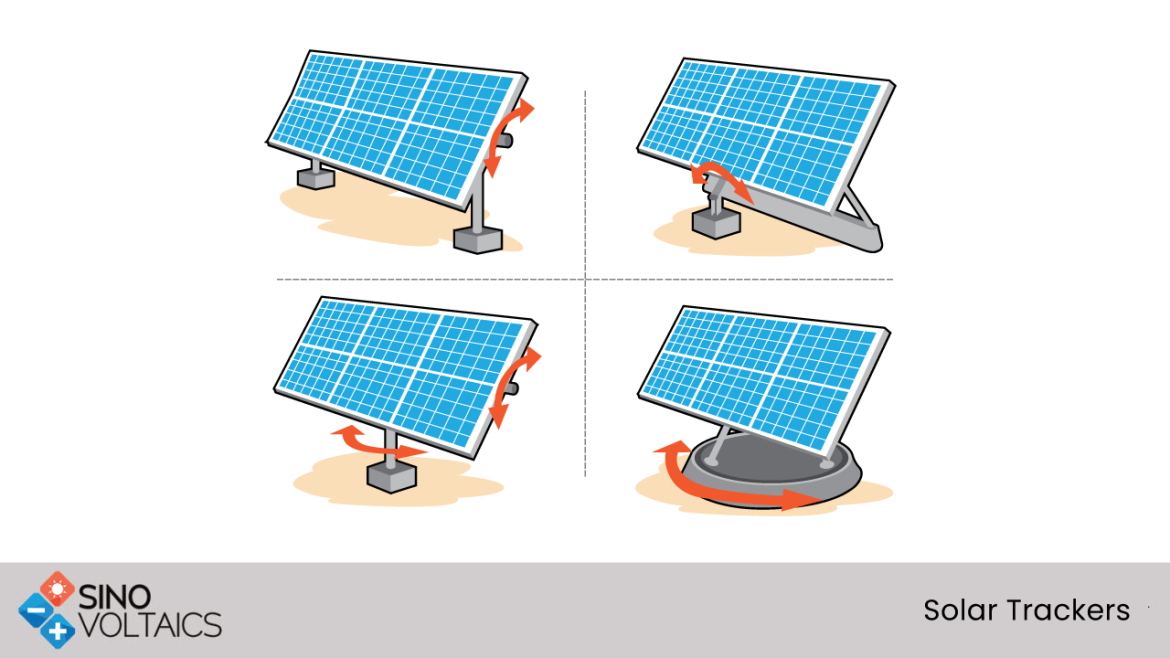 All the solar trackers which have axis of rotation between horizontal and vertical are named tilted single axis trackers. The tilt angles of the trackers are often limited so as to decrease the wind profile and reduce the elevated end’s height from the ground. The field installations need to make consideration for the effect of shading so as to avoid unnecessary losses and also optimize area utilization. Using backtracking, they can be packed with no shading perpendicular to their own axis of rotation at any density. Yet, the parallel packing to the axis of rotation is limited by the latitude and the tilt angle. Tilted single axis trackers usually have the module’s face oriented parallel to the rotation axis. As a module tracks the sunlight, it moves in a cylindrical motion that is symmetric around the axis of rotation. 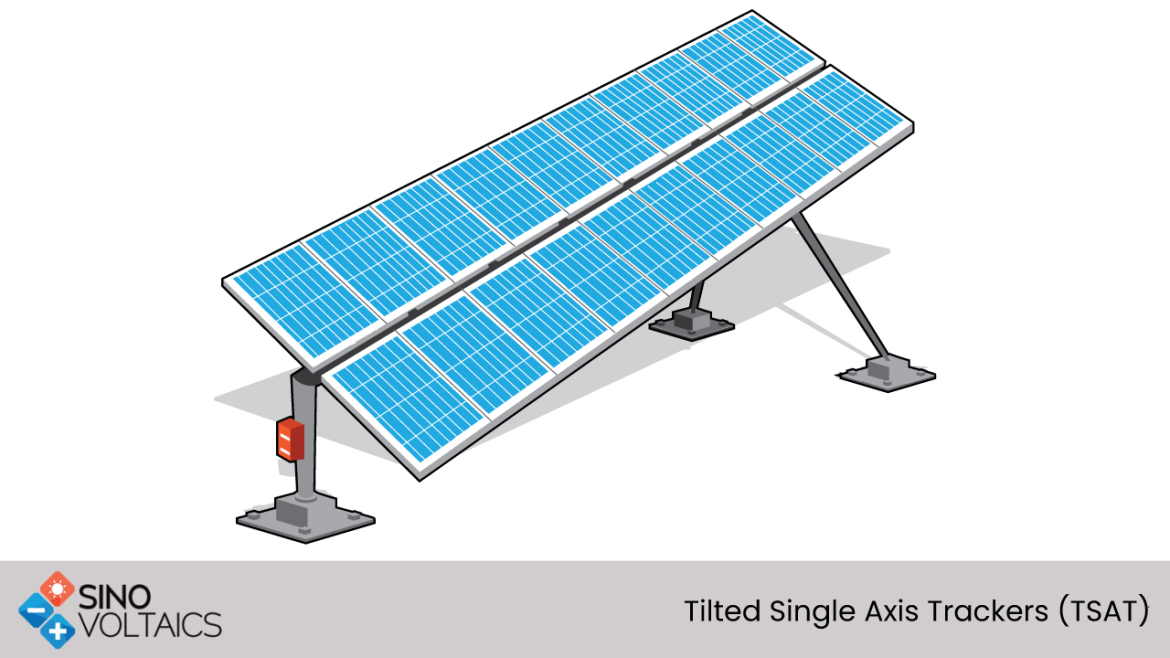 Trackers are used for enabling the optical components in CPV (concentrator photovoltaics) and CSP (concentrated solar power) systems. The optics in applications of concentrated solar receive the direct sunlight component and therefore must be appropriately oriented for energy collection. Tracking systems are installed in all concentrator applications as these systems can collect the sun’s energy with maximum efficiency when the optical axis is aligned with incident solar light.

Tilted single axis trackers are becoming more and more important as the manufacturers and users of solar systems are looking for more ways to be efficient.

As for the cost of manufacturing of TSAT and improvement in reliability and performance of single-axis trackers, the systems are now being installed in a large percentage of utility scale projects. According to market research in 2017, the global sales volume of solar tracker systems hit a record 14.5. This represented a  32 percent year over year growth, with an equal or  higher growth expected with the increasing development of the large-scale solar deployments.