Usage of lithium-sulfur batteries for storage

Lithium-sulfur batteries have the potential to become the energy storage devices of the future, if they overcome some limitations.

Lithium ion batteries are nearly reaching top performance, but currently companies are even trying to push it more by optimizing the size of some internal components which don’t add energy storage value.

Li-S (lithium-sulfur) batteries can eventually replace Li-ion batteries as their chemistry can theoretically allow for a much higher energy density (more energy to be stored into a single battery).

The improved capacity-nearly 5-10 times that of Li-ion batteries – leads to extended runtime of batteries between charges.

Lithium-sulfur batteries hold great promise as energy storage systems because of the low manufacturing cost and high energy density. lithium–sulfur battery was used in the solar powered plane flight and achieved the longest trip and highest-altitude in 2008 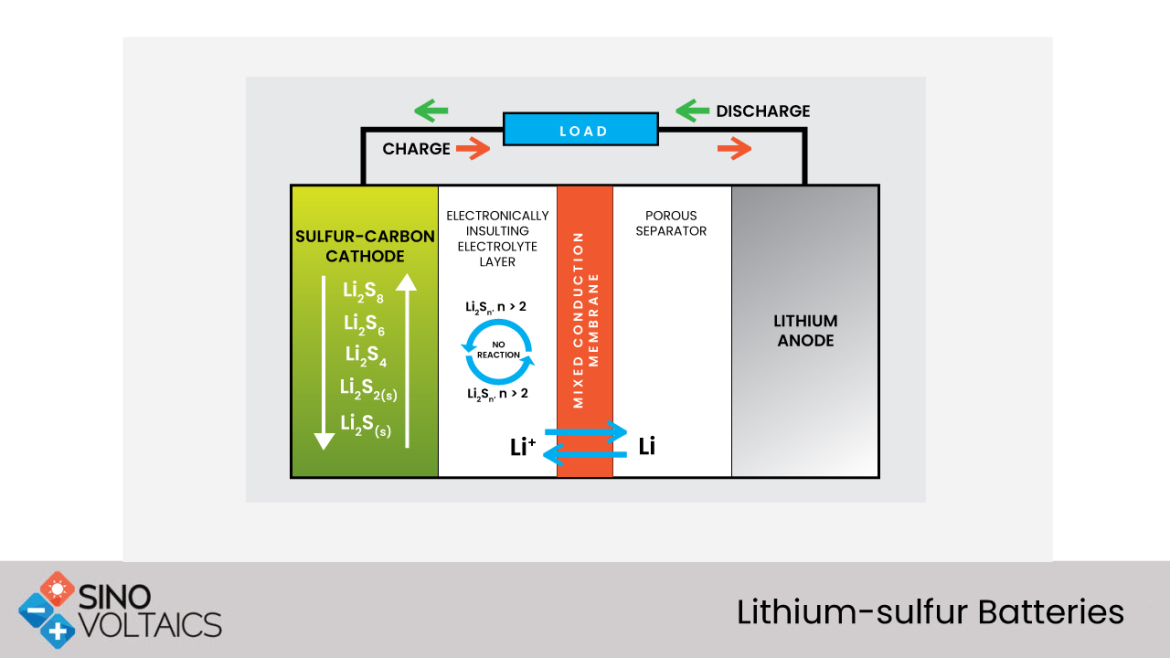 After the first few recharges, the lithium-sulfur batteries haven’t been able to sustain the excellent capacity, because the sulfur, which is the main component for higher energy density, migrates in the form of intermediate products (polysulfide) away from the electrode, leading to loss of the main ingredient and performance decline during recharges.

The other technical limitations are related to the high solubility of the Li2Sx component in the organic electrolyte. This leads to decrease in the cathode’s active mass and thus a capacity decrease. Also, the reaction between lithium sulphide and the lithium anode electrode decreases the energy efficiency and the life cycle of the battery is decreased by the formation of Li2S.

The electrochemical process can be reduced in lithium–sulphur batteries by doping carbon particles in the sulphur cathode electrodes, since the carbon has a porous structure which creates a large surface area that supports the polysulphide.

Usually, lithium–sulphur batteries contain a liquid organic electrolyte that is contained in the PP separator pores. This electrolyte plays a key role as it acts on shuttle effect by the polysulfide dissolution and the SEI stabilization at anode surface.

A microcontroller and other safety circuitry are occasionally used along with voltage regulators to prevent rapid discharge and manage cell operation because of the nonlinear discharging and charging response of the cell and the high potential energy density.