Solid-state Li-ion batteries are based on a technology which uses solid electrolyte and solid electrodes to replace polymer gel or liquid electrolytes in normal Li-ion batteries. Materials used are solid polymers and ceramics. They use them in RFID and wearable devices due to higher energy densities and better safety, yet the extra high cost is a disadvantage.

The main materials used as solid electrolytes  are ceramics, sulfides and glass. Besides their wide use in wearable devices and pacemakers, they are common in Hybrid and plug-in electric cars. 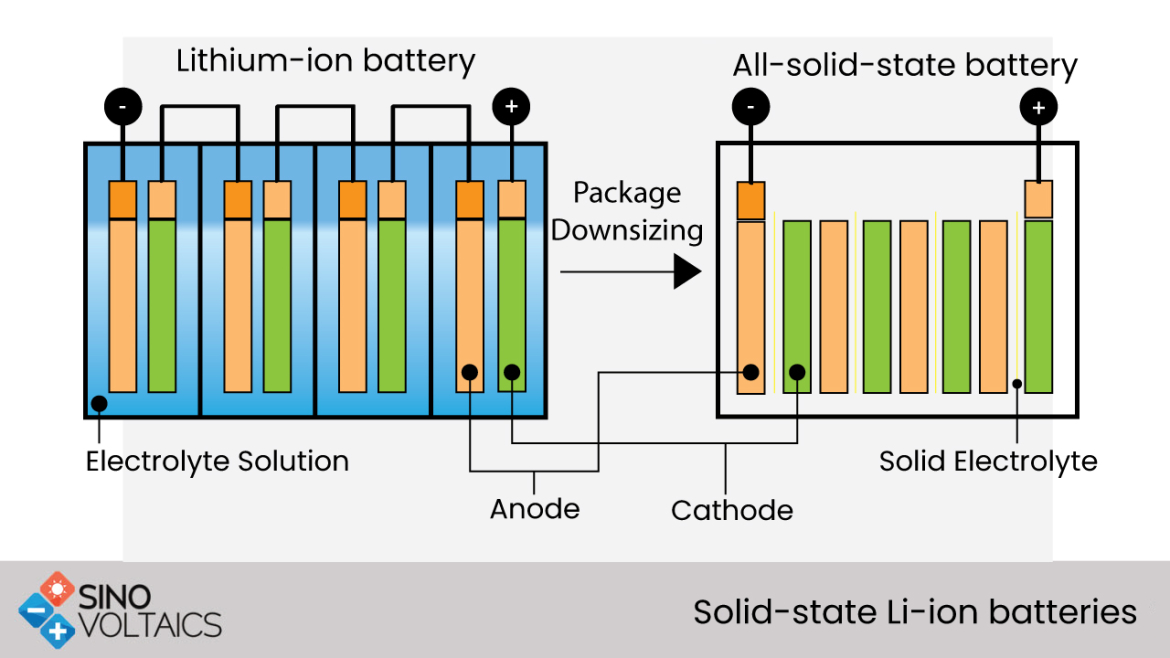 Their technology allows for a much faster recharge rate.

Avoiding all toxic materials used in commercial batteries makes them much safer to use. Also, most liquid electrolytes are flammable as opposed to nonflammable solid electrolytes in solid-state Li-ion batteries which makes them introduce less risks so accordingly less safety systems are required, thus increasing energy density even more. In addition, heat generation inside the solid-state Li-ion batteries is much lower in comparison to conventional batteries which include liquid electrolyte under thermal runaway which is an extra safer property

They require high pressure for maintaining contact with the electrodes. These batteries with ceramic separators can be damaged from mechanical stress, and performance at lower temperatures is not optimum.

After the discovery of the solid electrolytes silver sulfide and lead(II) fluoride, the foundation for solid-state ionics was created. High performance batteries  were developed across the past decade, from the development of Li-ion solid-state battery, with a cathode made from solid composite with iron sulfur chemistry which promises higher capacity of energy to the announcement of Li-ion solid-state electrolyte batteries which can provide higher energy density for a much lower cost by Toyota.