Thermal Run Away of Li-Ion Batteries

What Is Li-Ion Thermal Run Away?


Li-Ion thermal run away is a set of chemical reactions and shorts that happen internally in a cell. Excessive heat from inside or outside the cell triggers them. The chemical reactions cause extra heat, which causes a positive feedback cycle to intensify the heat and then the reactive agents get depleted within the cell.

How Does It Happen?

Why and How Is It Harmful?

Heat from failing cells during a thermal runaway process can spread to other cells causing a thermal instability that can trigger a chain reaction. This leads to disintegration of the cells in due course of time.

Representation Of A Thermal Run Away in Li-Ion Battery 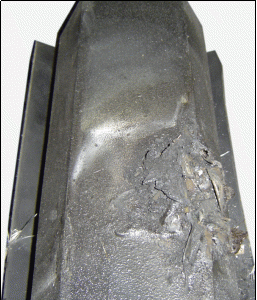 Prevention Of Thermal Run Away

Using a thermal fluid, which contains a flame retardant, helps in combating thermal runaway that occurs from punctures and improper charging. A flame retardant is a compound that inhibits, suppresses or delays the production of flames or prevents the spread of fire.

There are certain shutdown mechanisms that can be initiated mechanically or thermally when damage just starts to trigger in Li-ion battery. This can proactively take care of the thermal leakage problem and stop it from spreading further.

To minimize the impact of thermal runaway damage Tesla had filed a patent where a novel battery design was proposed. This design presented a narrow release path through a portion of the cell in the event of thermal energy escaping during a thermal runaway, thereby minimizing the chances of a rupture in an undesirable location.

0 thoughts on “Thermal Run Away”