The Hybrid systems combine different energy sources  (solar-hydro-wind)  are more economical and friendly to the environmental. Also it is much more efficient as the capacity for power generation of a hybrid system is higher than the power generation capacity of any of the individual system.

Among popular solar hybrid systems is the solar wind systems. The combination of the energy sources of wind and solar gives an advantage as two sources complement each other due to different peak operating times for the two systems which occur at various times of the day and year. So the power generation of a similar hybrid system is more constant with less fluctuations than either of the two component subsystems operating individually.

The intermittent solar PV at the usual low tariffs clubbed with pumped hydroelectricity storage can provide the cheapest dispatchable power on demand.  Adding wind energy to offset the variance of the solar power availability and intermittence makes the hybrid system totally reliant. 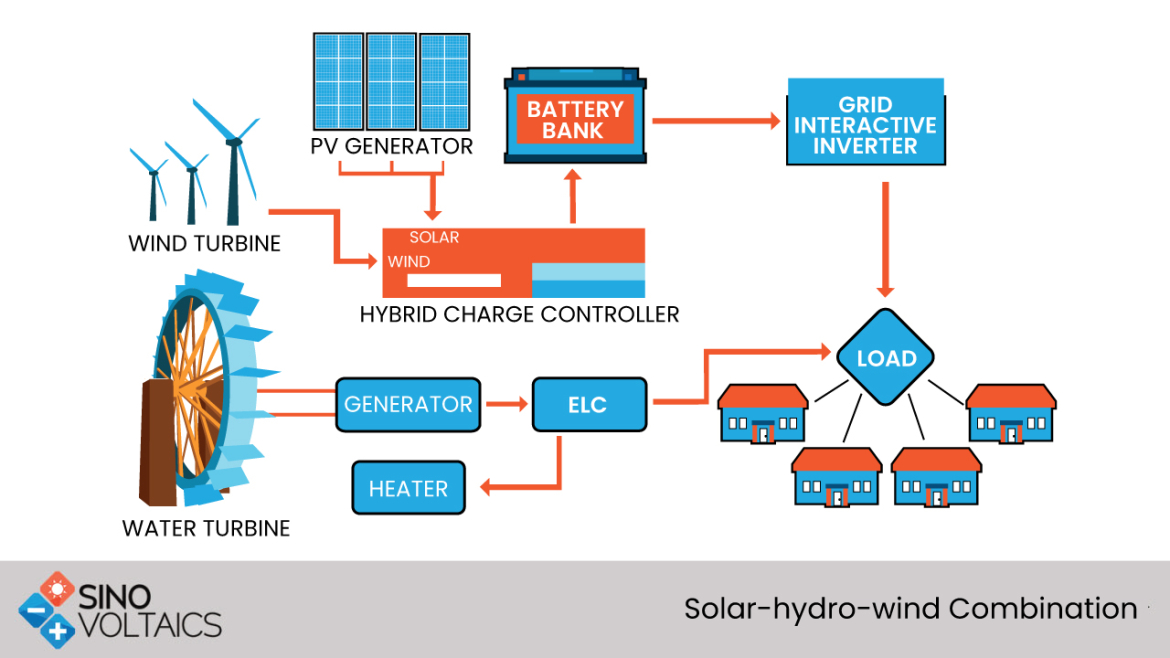 Any remote coastal regions in the developing countries are only partially connected to the main electrical grids and lack of major power leaves those areas less developed in spite of the good renewable energy potential of those locations. The more recent Hydro technology for the offshore hydroelectric plants, where a steady electric power output is generated from the reversible flow of water from the ocean to the reservoirs and back has provided a big leap in the Hybrid systems. Combining solar and wind sources with hydro to maximize the power generation potential of the coastal systems has powered the development of the new coastal power plant technology (CPP).

The hybrid solar-hydro-wind station commits a substantial portion of the solar and power resources to operate the geyser pumps which pump water to the overhead reservoir, from where the water is later released into the hydropower plant for electric power generation. The ocean surface is used for installing  floating solar PV panels and wind turbine plant. The intermittent nature of the renewable energy sources is combined with a hydro battery energy storage system so as to meet peak demands.