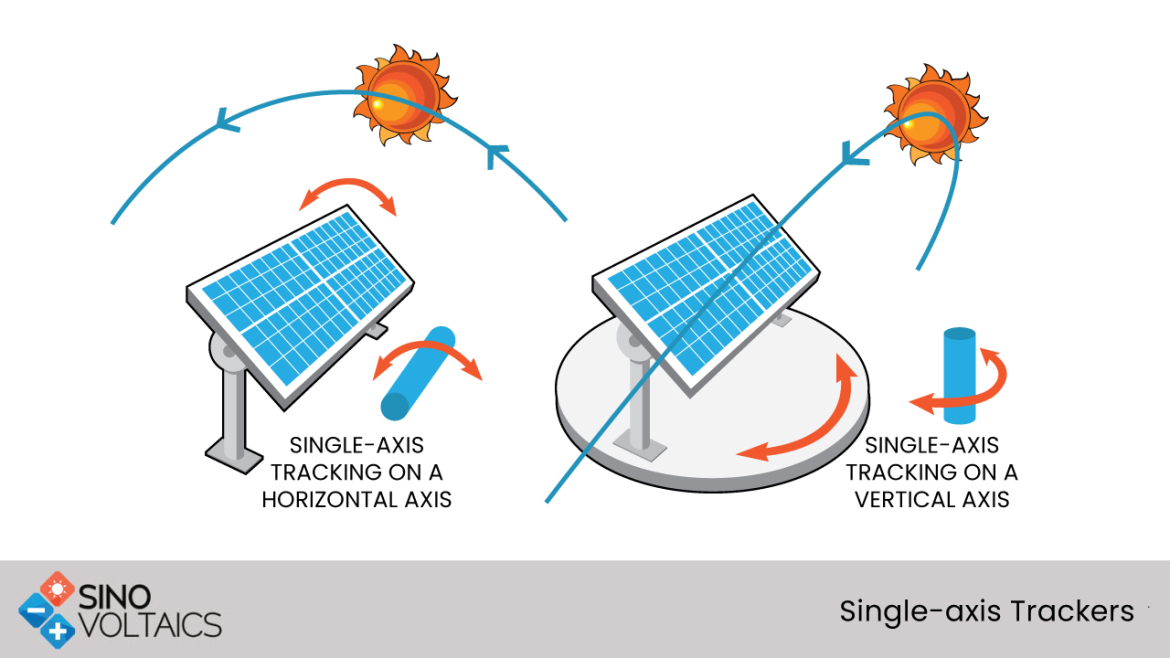 Advantages of single-axis trackers include:

The different types of single axis trackers are explained below:

HSAT rotates from east to west throughout the day on fixed axis, which is parallel to the ground, and it is considered as the most cost effective tracker configuration in many PV applications. HSAT structure is placed on many supports along the rotating axis, requires less material for construction and its horizontal configuration is most preferred compared to other tracking geometries.

HTSAT tracker is very similar to the HSAT, but installed at a certain tilt. They are more complex than horizontal one-axis trackers and are expensive. They require a concrete foundation, adding to the total cost and they are not known to be scalable.

These systems can be mounted in north/south or east/west orientation to follow more “up-and-down” movement of the sun in the sky. These are most often seen in high-altitude/mountainous locations or those at more extreme latitudes.

These are similar to HTSATs except that the tilt aligns to a horizontal position and rotates on a vertical axis. These trackers are better in producing energy compared to horizontal trackers. However, their tilt is subject to increased wind loads compared to horizontal units. Also, they have a high structural demand, and require extra concrete and steel towards building a strong foundation.