Central inverters are a type of inverter used in solar modules to convert DC power from solar panels into AC power.

Inverters are vital pieces of equipment for any solar system. There are different types of inverters including Central inverters, micro inverters, and power optimizers. Inverters are used to convert the power produced by solar panels into (AC) power which can be directly used by home appliances or connected to the grid. The solar panels initially produce electricity as a direct current (DC). Inverters convert the raw DC power into AC power that can be used for equipment. It additionally monitors and controls the PV system performance.

There are two main types of inverters: central inverters and micro-inverters. Central inverters (also called string inverters) connect a string of PV panels and convert the DC electricity into AC. A single string- term used for solar panels connected in series -  usually has a maximum of about ten solar panels. Multiple strings are combined in parallel and the output is passed through the inverter. 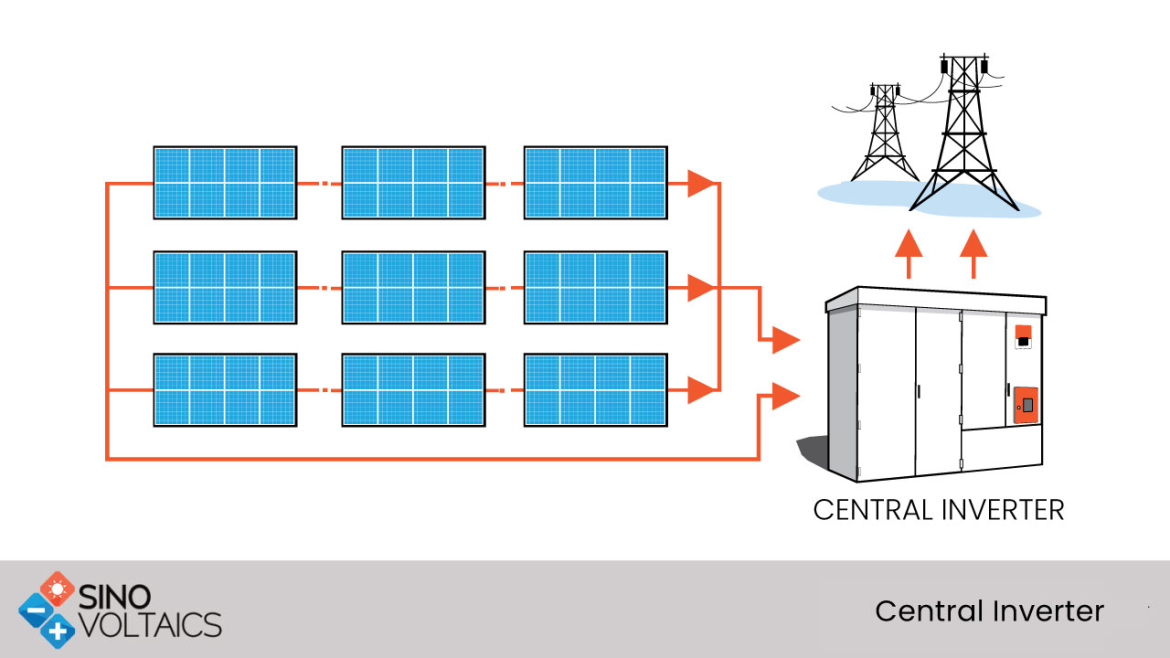 In addition, they are more suitable for the utility sized solar PV systems. Large arrays of solar panels are all connected to one combiner box and from there all the DC power is directed to the central inverter. However, the approach of micro-inverters is quite different; a single inverter is attached to each solar panel. Each micro-inverter converts DC into AC current and the output of each panel is combined and sent to the grid or battery bank.

What are the advantages and disadvantages of central inverters compared to the string and micro inverters?