Results of the Fraunhofer Study

The Fraunhofer Institute in Germany has conducted a study on round robin tests on solar panel back sheets. The aim was to analyze the effects of UV stress on the backsheets at different temperatures. The key findings in the Fraunhofer study regarding yellowing are as follows: 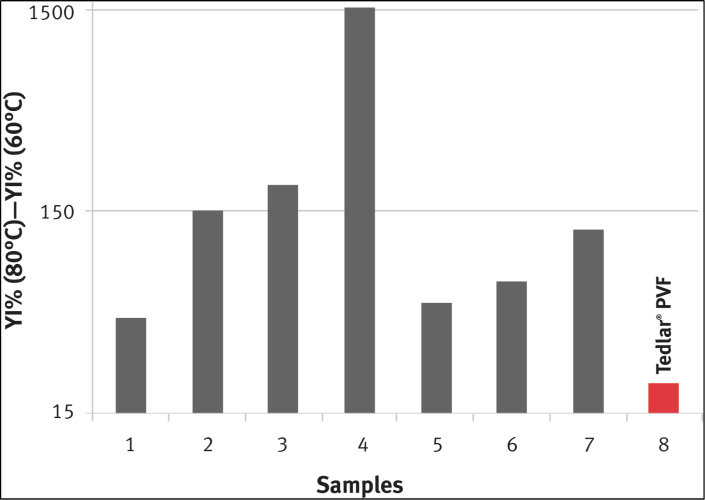 The results of Franhouver study are represented in the graph above. Backsheet yellowing of different types of materials exposed to a constant amount of UV is shown. Variation of yellowing is measured at two different temperatures (60C and 80C).  The following observations was concluded from the study:

What causes Yellowing of Backsheet

Yellowing is attributed to physical and chemical mechanisms .It depends on the materials used, the features of the front glass and how well the material resists UV radiation. Sub-optimal components and bad manufacturing process combined with low resistance to UV radiation are the most likely causes of yellowing. 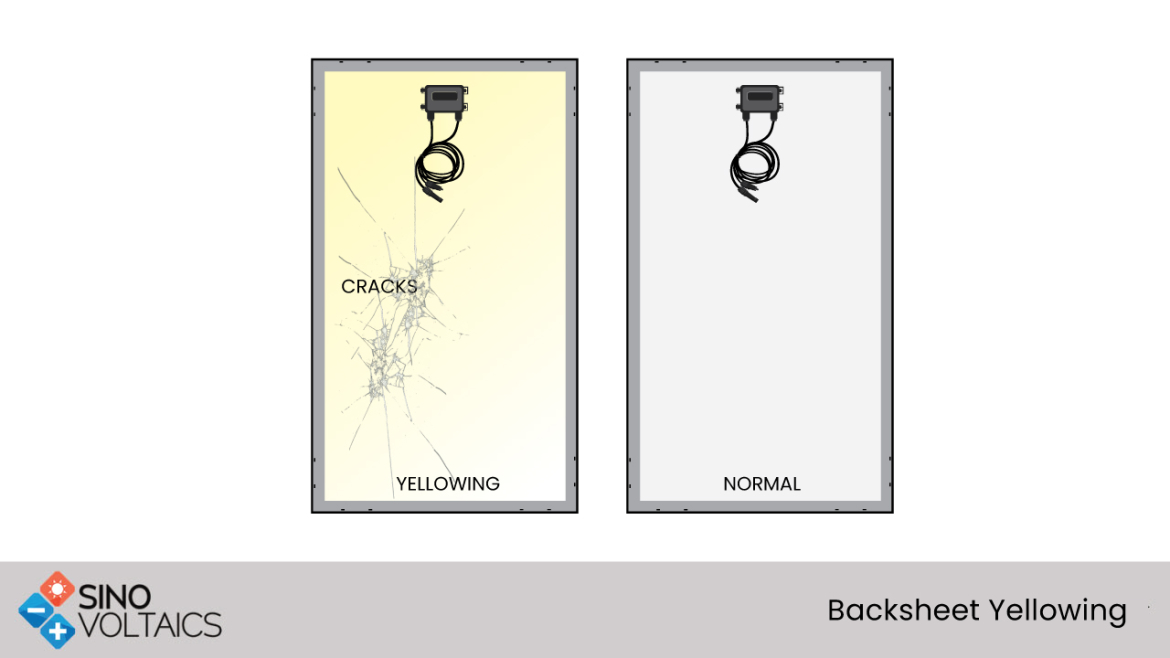 Influence on generation capacity and durability

Yellowing on the backsheet may lead to a loss of adhesion and can have a negative effect on the reliability of the PV module.

It is important to communicate with the manufacturer after detecting the yellowing. But sometimes manufacturers accept only those warranty requests where the entire module performance is impacted. Regardless, the following steps should be carried out in the identification of modules with anomalies:
Place comment