CIGS is a semiconductor material which is composed of copper, indium, gallium, and selenium. The CIGS material is a solid solution of CIS (copper indium selenide) and copper gallium selenide, with the chemical formula shown below:

CIGS solar cells  have an extremely high absorption coefficient which equals more than 105/cm for the 1.5 eV and higher energy photons.

CIGS solar cells stand for copper indium gallium selenide solar cell (sometimes referred to as CIS cell or CI(G)S) is a thin film solar cell which is used to convert solar energy into electrical energy. It is manufactured by depositing a thin layers of copper, indium, gallium and selenium on plastic or glass backing, besides the electrodes on the front and back sides to collect current. Since the material has a high absorption coefficient and absorbs sunlight strongly, a much thinner film is required in comparison to other semiconductor materials.

There are three mainstream technologies for thin film PV, CIGS being one and the other two being cadmium telluride and amorphous silicon.

CIGS and the two other materials have similar properties and are all thin enough to be flexible, allowing their simple deposition on flexible substrates. Yet, since all of these technologies typically use techniques that utilize high temperature deposition, the optimum performance normally comes from cells deposited on glass material, despite the advancement in low temperature deposition of CIGS cells erasing nearly all of this performance difference. The performance is much better than polysilicon at the cell level, but the module efficiency is still lower, because of less developed upscaling.

They are mostly used in the polycrystalline  form. The best efficiency achieved was 21.7% which was recorded in 2014. 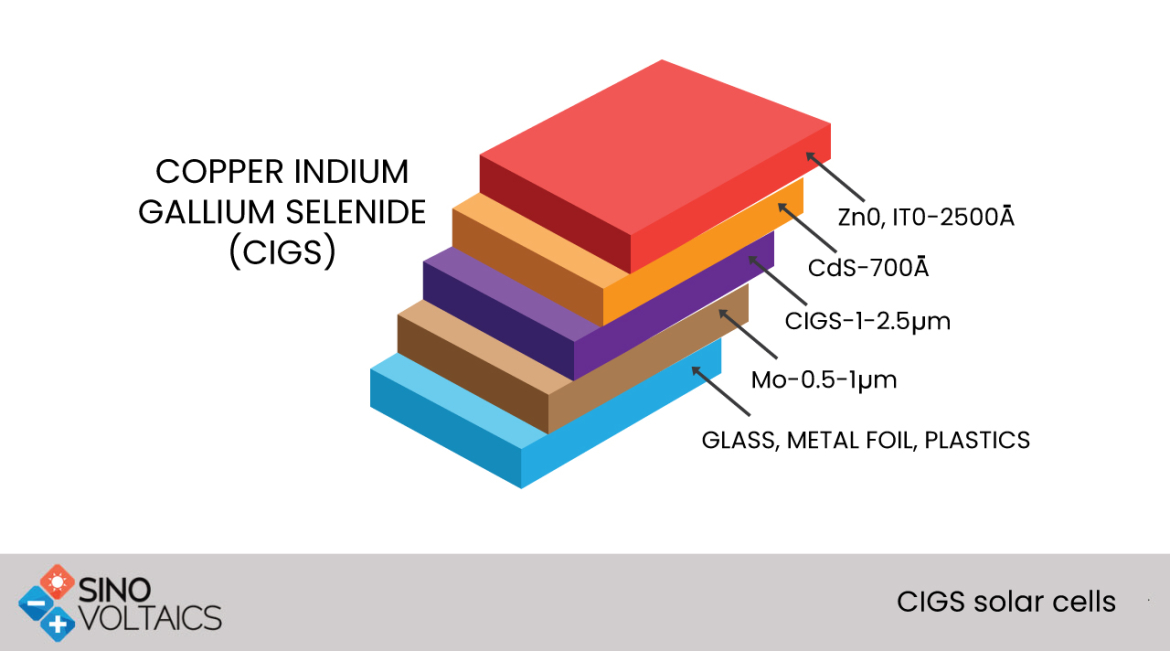 CIGS solar cells technology continues to being rapidly developed, and they allow for huge capacity as it has shown it can reach nearly the same efficiency levels of silicon cells, while still maintaining the same benefits of typical thin film technology, which are low cost, light weight and compact design which allows for flexibility in installation.