Gallium arsenide (GaAs) is one of the most common III-V semiconductor compounds in PV applications. This can be due to many factors mainly the high electron mobility, direct band gap and the well handled growth mechanisms. The GaAs single junction devices can reach efficiency close to 30%. GaAs solar cells were thoroughly studied, and quickly became a reference system for thin film solar cells due to their good electric, heat resistant properties, high efficiency and performance.

GaAs technology and its use in solar cells 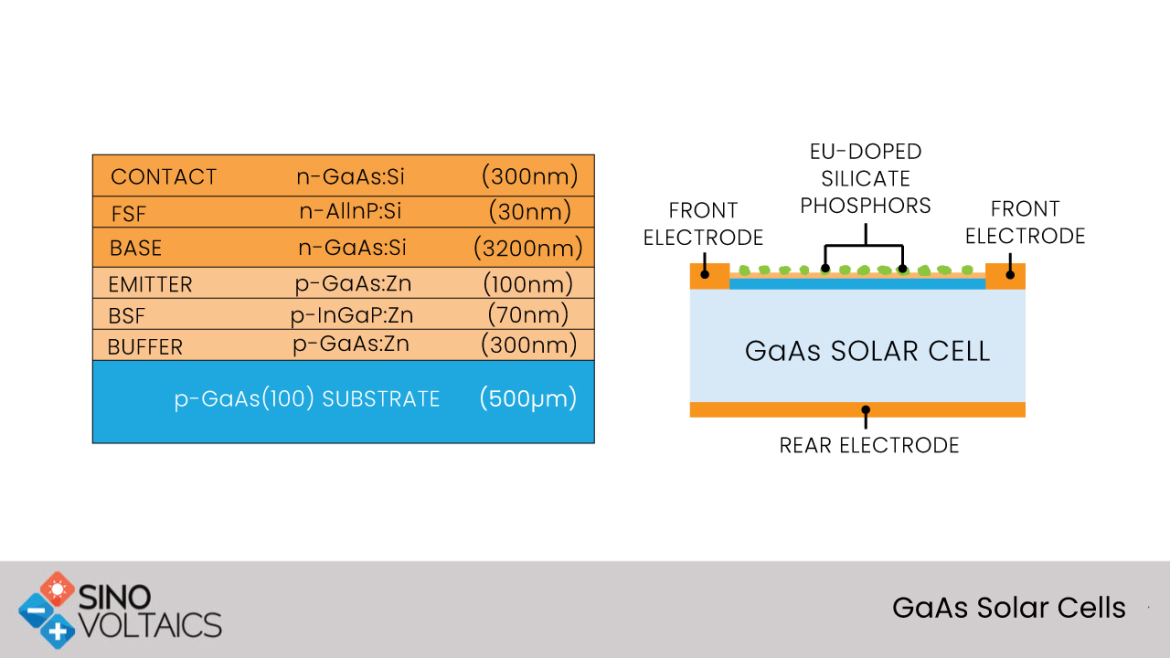 Many electronic properties of  GaAs (gallium arsenide) are much better than those properties in silicon. GaAs has a higher electron mobility and a higher saturated electron velocity, which allows gallium arsenide transistors to function at frequencies in ranges excess of 250 GHz. GaAs has good heat resistant properties, as GaAs devices are comparatively insensitive to overheating, due to their wider energy band gap, and they tend to create much less noise (which is the disturbance in the electrical signal) in electronic circuits than silicon devices as well, particularly at higher frequencies. This is a product of the lower resistive device parasitics and the higher carrier mobility. Another advantage of GaAs is having a direct band gap, this means that it can be used to efficiently absorb and emit light which is critical in solar cell applications. Silicon has an indirect band gap which means that it is rather poor at emitting light. As GaAs is a wide direct band gap material with subsequent resistance to radiation damage, GaAs presents an exceptional material for solar energy modules and thin film PV, outer space electronics and optical windows in high power applications. GaAs is common in thin film PV, so it provides the same benefits of typical thin film technology, which are low manufacturing cost, light weight cells and compact design which allows for flexibility in installation.