Usage of lithium-air for storage

The lithium–air (Li–air) battery is battery chemistry which uses reduction of oxygen at the cathode and oxidation of lithium at the anode to induce a current flow or a metal–air electrochemical cell. Lithium-air batteries (LABs) have great potential for efficient applications of energy storage so as to resolve future energy and environmental problems

The lithium-air batteries would work by combining lithium existing in the anode with air’s oxygen to produce lithium peroxide on the cathode during the phase of discharge. The cathode is simply the area where air enters the battery

Combining lithium and oxygen can in theory lead to electrochemical cells with the highest potential specific energy which is comparable to the gasoline’s theoretical specific energy. This is nearly 5 times greater than that of Li-ion battery. Yet, Li–air batteries practical power and life cycle need significant advances before going mainstream.

A huge market driver for batteries is the electrical vehicle sector. The Li–air batteries potentially have shown 5 to 15 times the specific energy of a Li-ion battery in 2016. 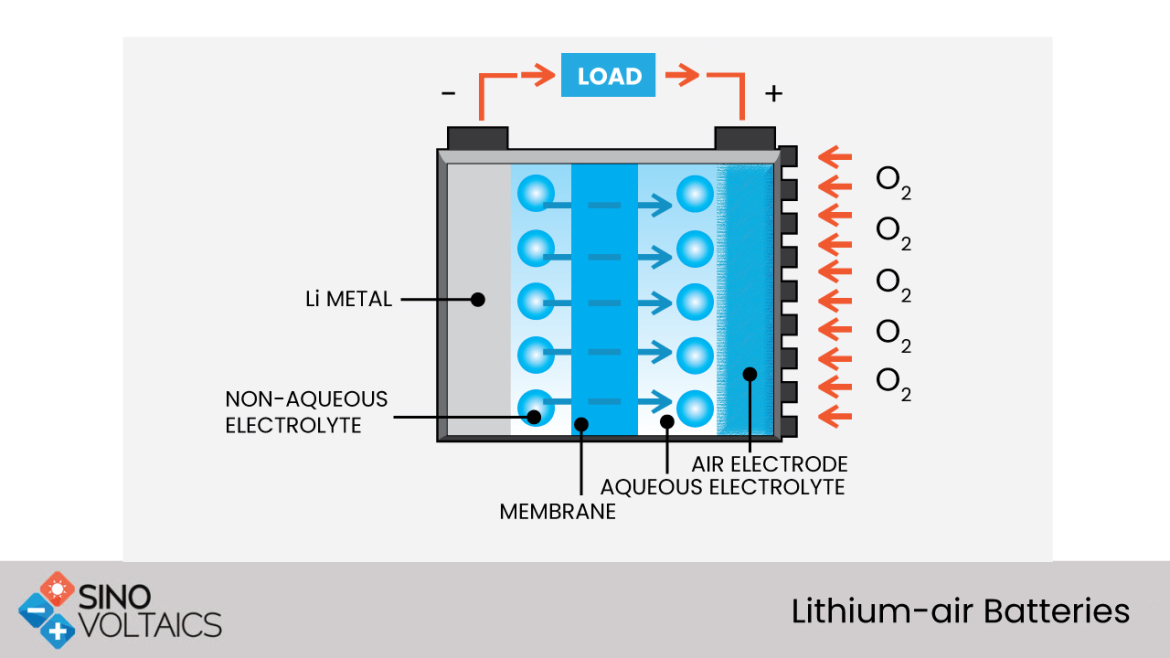 Lithium–air cells are of extreme importance to electric vehicles sector, due to their theoretically high volumetric and specific energy density, in comparison to petrol. Electric motors can achieve much high efficiency than internal combustion engine (95% compared to 35%).

The cathode of the Lithium-air battery is the source of its potential advantages, yet it offers the most limitations as well. Incomplete discharge of the batteries, because of the blockage of the porous carbon cathode with different discharge products like lithium peroxide.