The most popular technology of the battery sector currently is the of the lithium ion battery. Relative to other types of batteries, lithium ion batteries have better energy, power density and higher cycling ability. These qualities are extremely important in the use in modern applications like electrical and hybrid vehicles and most importantly energy storage systems which are used in the renewable energy applications.

The lithium ion batteries chemistry is the same across the different lithium-ion battery types; during discharge, Lithium-ions are moved to the positive cathode from the negative anode through the organic electrolyte. The anodes in all various technologies of lithium ion are all made from graphite. The differences are the cathode which contains changing cobalt, nickel or manganese concentrations. All various cathode types allow high lithium insertion and intercalation levels which result in large energy storage quantities.

LMO (Lithium magnesium oxide) was invented in the year 1996. Its anode material is LiaC6, the cathode material is LibMn2O4 and the carrier is Li+. It is used in different applications like power tools and electric cars.

LMO batteries have the ability to deliver a lot of energy in a short period of time, which makes them extremely useful for use in power tools like drills.

In 1996, lithium manganese oxide was first used as a cathode material. A three dimensional spinel structure was formed by this structure, this improves the flow of ions between the electrodes. The high flow  decreases the internal resistance and increases loading capability.

LMO batteries are usually used in medical devices and equipment, power tools, electric bikes and more. Because of their thermal resistance and higher safety. LMO batteries can also be used for laptops and electrical cars. 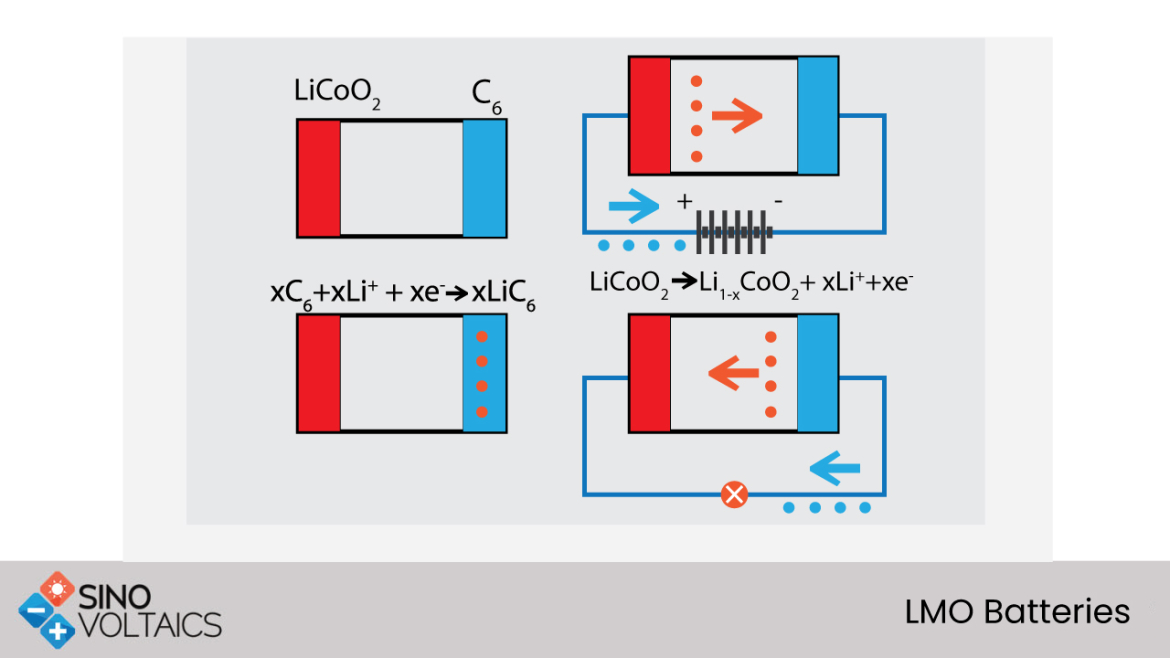 Advantages and disadvantages of LMO batteries

The main advantages of the LMO batteries are:

The main disadvantage of the LMO batteries is: