Solar Ready Buildings are designed and built to incorporate solar readiness into the building with the aim of saving cost and optimizing energy production.

What are Solar Ready Buildings?

Most solar installations occur on existing buildings, which is no surprise since most of the buildings available in the market were built a while back.

Unfortunately, installing a solar system on an existing building may pose some challenges especially if it was not constructed with the prospect of ever installing such a system in mind.

Factors such as the orientation of the roof, ability of the roof to accommodate a PV system and shading all affect solar system installation.

As such, builders should strive to incorporate solar readiness into new buildings as this could greatly reduce the cost of installing a solar system in future.

Solar readiness in a building is basically the ease with which a solar system can be installed.

A solar ready building is flexible and can accommodate a solar system without requiring renovations.

Solar ready design features can be incorporated in a building during the design and construction phase without increasing the cost of building.

Some of the most important aspects of solar readiness in a building include:

A shade on a solar panel can greatly reduce its output, and it is worse when it happens during peak sunshine hours.

A solar ready building should be free of shading in all the areas that can potentially hold a PV panel, to ensure that the panel is functioning optimally.

The location of a building will also affect its capability to support installation of a solar system.

When considering solar readiness in a building, local zoning laws should be considered to ensure that properties are not erected in the neighborhood that could shade a building and affect installation of a solar system.

Some places have zoning laws that protect access of existing panels making such residences solar ready.

The roof is another determinant of solar readiness in a building, since most PV arrays are located on roofs.

PV arrays come with a 25 year warranty which means they will be on the roof for at least that long. As such, a solar ready building should have a durable roof that can last as long.

The roof should also be strong enough to accommodate the system. Roofing material also affects the ease with which a solar system can be laid on a roof.

A tiled roof for instance will make it very hard to install a PV system, while a shingled roof will need will require extra work to make penetrations for attaching the solar racking.

To install a solar system with ease, a standing seam roof is the best. The roof should also be free of obstructions and other structures to maximize the area on which a PV system can be laid.

A solar ready building is oriented in such a way that the ideal space for placing a solar system is unobstructed.

If constructing, buildings can be oriented such that they are to the north and the South is free of shading.

When a solar system is to be placed on the roof of a building, the roof should ideally be facing south.

One thought on “Solar Ready Buildings: how is solar readiness incorporated?” 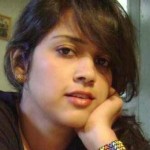 “Greate”Solar Ready Buildings”Most sun powered establishments happen on existing structures, which is nothing unexpected since the vast majority of the structures accessible in the business sector were constructed a while back.

Sadly, introducing a nearby planetary group on a current building might represent a few difficulties particularly on the off chance that it was not built with the possibility of steadily introducing such a framework personality a main priority.