What are aluminum back surface field solar cells?

BSF (Back Surface Field) has been used as a way to increase solar cell performance by reduction of the surface recombination velocity (SRV).  There are many methods for BSF production, one method for production is to introduce highly doped layer on the rear surface of the wafer. Depending on the dopant type in the wafer, the BSF layer could be either n+ or p+.

Printing a full aluminum layer on the rear of the cell, with ensuing alloying through firing, produces a BSF  and improves the cell bulk. But aluminum is expensive and a second print of Al/Ag is needed for solder able contact. Generally in production, the rear contact is just made by single step printing of an Al/Ag grid printed. 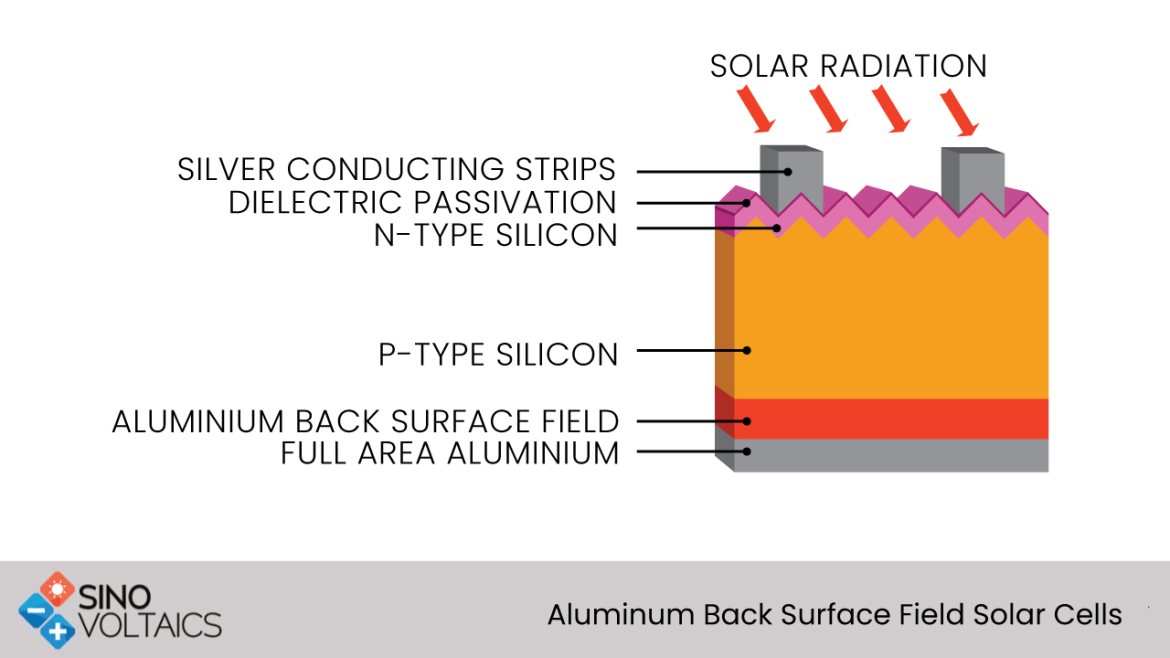 By examination of standard solar cell device presenting a full area aluminum back surface field (BSF), front contact formed by light induced nickel and silver plating, research has shown that the conversion efficiency can reach up to 20.1%.

Screen printed Aluminum and rapid thermal alloying are used together in order to get an Al back surface field (Al-BSF) that can lower the effective back surface recombination velocity. This process has been combined into a high efficiency, laboratory fabrication and a high throughput, industrial process  to achieve such solar cell efficiencies in excess of 19.0% and 17.0%.

The critical process requirements for optimal formation of Al-BSF are:

The common approach for providing the p-contact for industrial p-type silicon solar cells is using Aluminum alloyed screen printed and fired rear contact. This is due to the cost effective process sequence and also its reliability and simplicity.