Mismatch for Cells Connected in series

For any two cells connected in series, the current through the two cells is equal. The total voltage produced is the sum of the voltages of the individual cells. Since the produced current must be equal, any mismatch in current means that the total current produced from the configuration is equal to the lowest current.

A mismatch in the open circuit voltage of cells connected in series is a relatively simple form of mismatch. At short circuit current, the overall current produced from the PV module remains unaffected. At the Mpp (maximum power point), the overall power is decreased as the solar cell is generating less power. Since the two cells are connected in series, the current through both solar cells is equal, and the overall voltage is determined by adding the two voltages at a specific current. 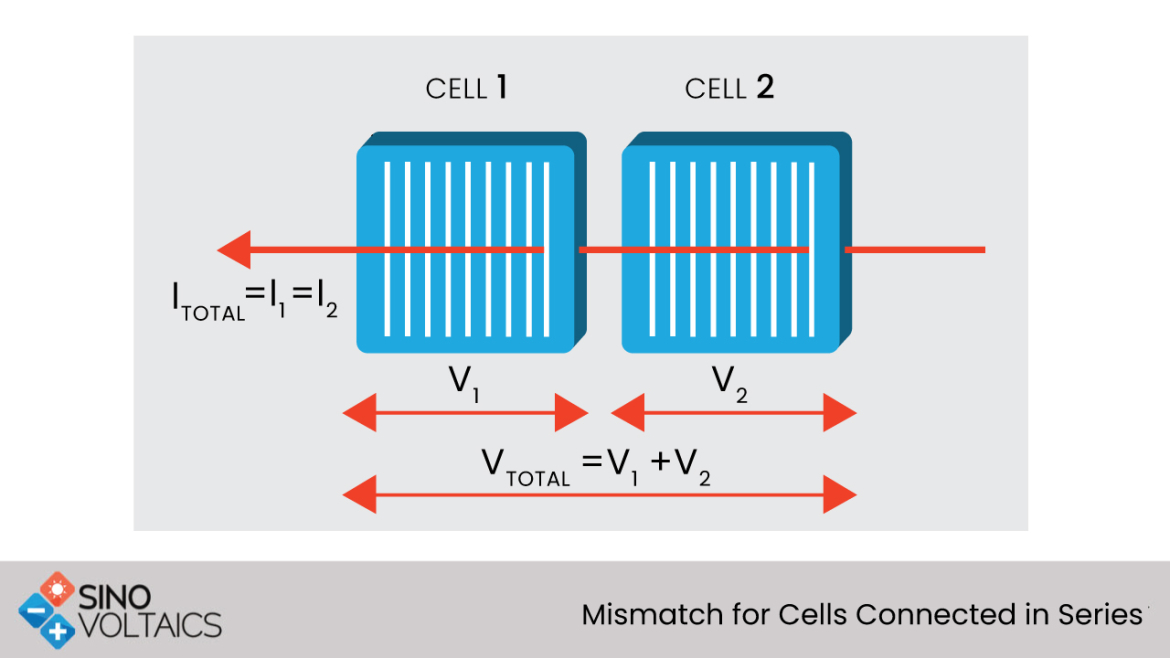 At lower voltages where this condition is expected to occur, the extra current generating capability of the cells is not dissipated in each individual cell (as normally occurring at short circuit), but instead is dissipated in the mismatched or poor cell.

Overall, in a configuration connected in series that has a current mismatch, severe power reductions are experienced if the mismatched cell produces less current than the maximum power current of the proper cells and also if the combination is operated at short circuit or at low voltages, the dissipation of high power in the poor cell can cause an irreversible damage to the module.

0 thoughts on “Cells Connected in Series”