The highly efficient Heterojunction cells (HJT cells) are created  by applying  two thin layers of amorphous silicone – one doped and one intrinsic- together with transparent, conductive oxide layers (TCO) are applied to both sides of an n-type monocrystalline silicon wafer.
Heterojunction technology combines the advantages of thin film absorption and passivation properties of amorphous silicon, with benefits of crystalline silicon solar cells.

HJT technology combines the advantages of both crystalline silicon solar cells and thin film solar cells technologies, thus enabling the solar cells to reach higher efficiency degrees at much lower cost of production. To be able to produce the electric structures of HJT cells, it is essential to apply thin layers of intrinsic and doped amorphous silicon on the two sides of the n-type silicon wafers along with layers of transparent, conductive oxide (TCO) which absorb the generated power.

It is possible to reach higher efficiency rates which can reach around 25% because of the high yield of light and really good passivation characteristics of the amorphous silicon. Also HJT cells demonstrate a significantly lower temperature coefficient than the conventional silicon solar cells. Other cost advantages can result from the rather simple low temperature production concept that makes it attractive economically, because it saves energy and needs less production steps. 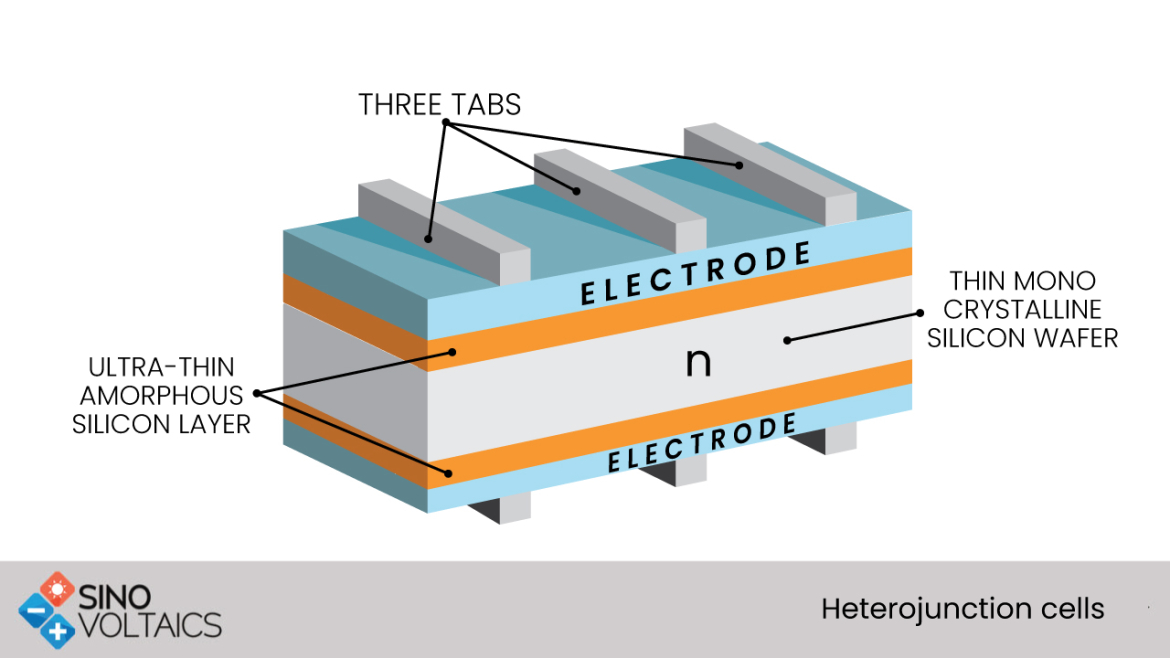 Theory of operation and efficiency of Heterojunction cells

The basic point of HJT is the insertion of wide bandgap film so as to displace the greatly recombination active contacts from the crystalline surface. To reach the full potential of the device, the hetero interface density state should be kept at a minimum. Also these films can be doped quite easily, either n-type or p-type, thus allowing for the fabrication of contacts which have extremely low values for the saturation current density. Energy conversion efficiencies of nearly 25% have been reported by many companies for large area devices.

There are many reasons for the growing interest in HJT technology. First, the HJT technology’s high efficiency potential. Second, is the potential of really low levelized cost of energy (LCOE) for the HJT based solar systems. Third, HJT also provides the fundamental advantages of the highest bifaciality options. Finally, there is the low production cost for the technology which needs a much simpler process with less number of process steps than traditional solar cells manufacturing process.