The IBC or Interdigitated Back Contact cells is one of the configurations of Rear Contact Solar Cells. The Rear contact solar cells can potentially achieve higher efficiency by moving all of the front contact grids – or part of it – to the rear of the device. The potential higher efficiency is due to the reduced shading on the front of the cell and is specifically useful in the high current cells like concentrators.

Rear contact solar cells have the ability of preventing all shading losses by placing both contacts on the rear of the cell. The pairs of electron hole generated by the light that is absorbed at the front surface of the cell can still be collected at the rear of the cell, by the use of a thin solar cell manufactured from high quality material. Such cells are specially useful in the concentrator applications, where the cell series resistance effect is much greater.

An additional benefit of these cells is that cells with both of the contacts on the rear can be interconnected easier and can be placed closer together in the module because there is no need for any space between the cells. 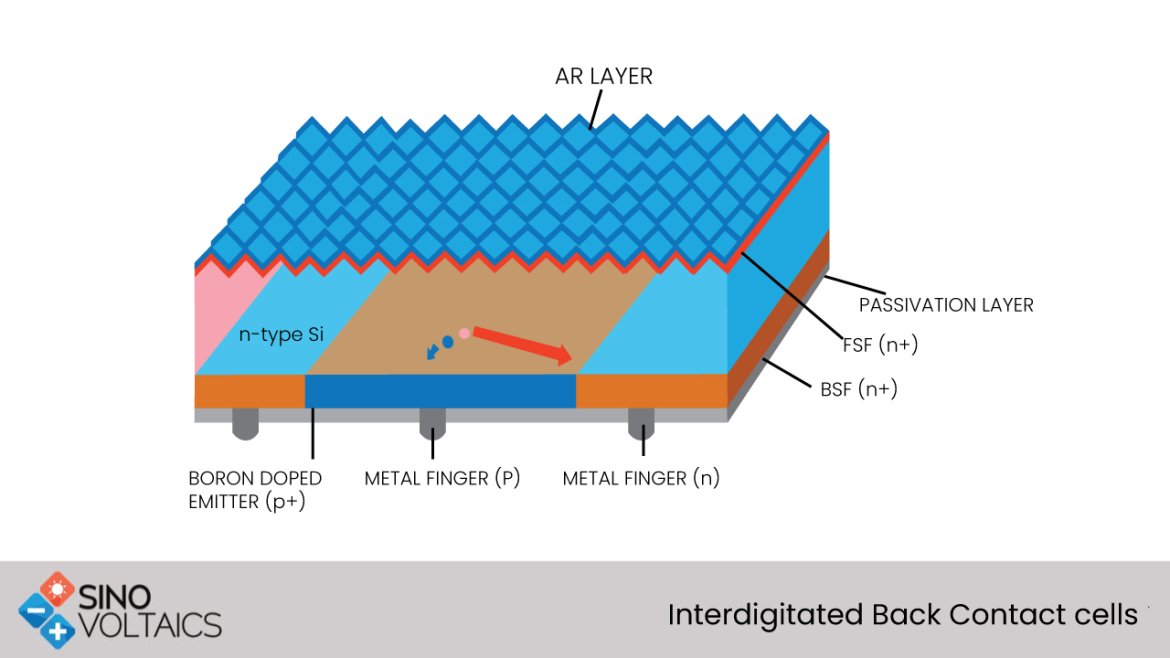 Originally named FSF (the front surface field) cell, the interdigitated back contact (IBC) cell was initially studied in the late 1970s. The point contact (PC) cell which was developed by the University of Stanford in the 1980s reached efficiencies of more than 20% from the start. Also named BJ-BC solar cells, the back junction solar cells have a collecting junction on the solar cell’s rear surface while the front surface is passivated. The minority carriers which generate at the front surface need to diffuse all the way back to the surface. So, these cells need a higher ratio of bulk diffusion length to the cell thickness.

Interdigitated back contact solar cells can potentially achieve higher efficiency by the placement of all or part of the front contact grids on the rear of the device. This arrangement reduces the shading on the front of the cell, thus resulting in a higher efficiency. These designs are specifically useful in high current cells like concentrator PVs. The two different configurations of back contact solar cells other than IBC are the EWT (Emitter wrap through) and MWT (Metalization wrap through) under the polycrystalline Si solar cells.