Bifacial solar cells are getting more popular in the market. As a result, several equipment was developed for the production of bifacial solar cells. The bifacial cells can absorb light and generate electric energy from both surfaces which can lead to achieving up to 30 % higher yield than conventional cell technologies if suitably installed in open areas or flat roofs.

PERL cell design has two different variations that have been employed which are:

What is PERL technology?

PERL, an abbreviation for Passivated Emitter Rear Locally-diffused solar cell, combines both the advantages of PERC and PERT. Similar to the PERC cells, both the front surface as well as the rear surface of the monocrystalline cell are passivated, but the main difference is that the rear is locally diffused only at the metal contacts to minimize recombination rate while maintaining good electrical contact. 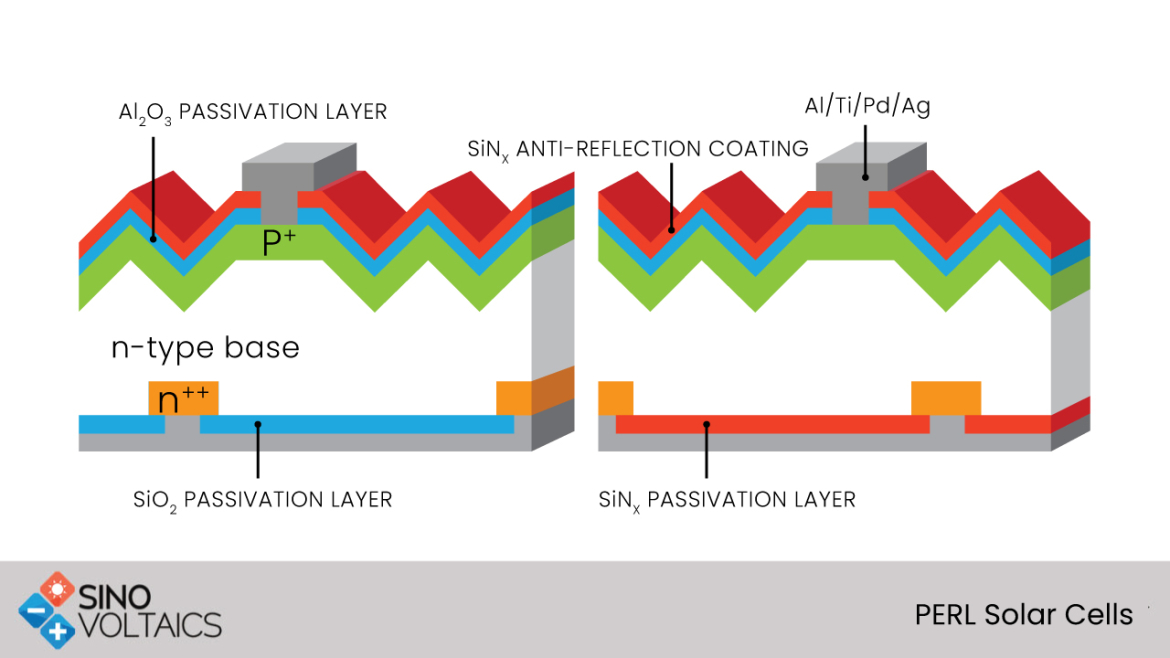 PERL cells have a long life expectancy based on n-type material and achieve a high efficiency of nearly 25 %. Also, if this efficiency is united with the per se bifaciality of the architecture of the cell, up to nearly 40 % higher energy efficiency can be harvested in the PV installations and achieved. Passivated emitter, rear locally diffused (PERL) cells have been fabricated on MCZ (magnetically confined Czochralski ) silicon wafers. Clearly, a simpler manufacturing process can lead to best of class return on cost.

For the n-type PERL solar cells that feature a low doped boron emitter as well as an SiO 2 passivated rear, a high open-circuit voltage (nearly 703.6 mV) can also be reached at the device level, resulting in an efficiency of conversion of 24%. Also, for the PERL solar cells that feature a high surface concentration boron emitter with a passivated rear of PECVD SiN x – which is a good step towards an industrial structure- a still high conversion efficiency of nearly 22 % can be achieved.