What is a supercapacitor?

How do Supercapacitors Work? 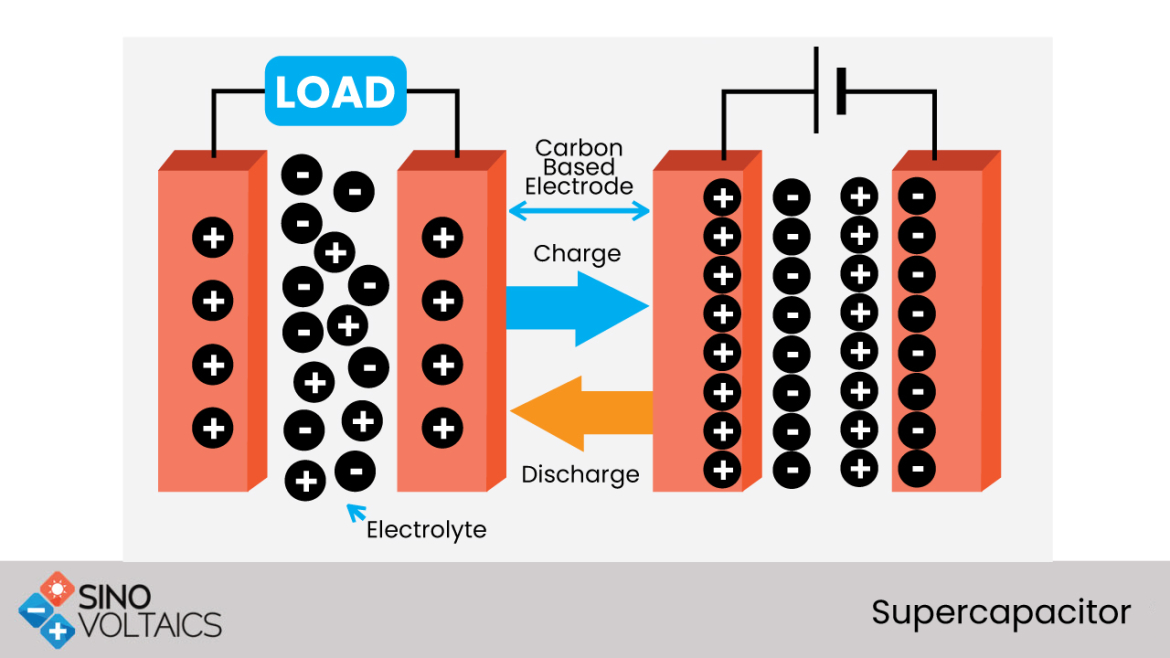 Comparing a Supercapacitor and a Battery

There are unique differences between the battery and the supercapacitor. The battery’s chemistry determines the operating voltage, electrochemical reactions control charge and discharge. The capacitor is not electrochemical and the maximum allowable voltage is determined by the dielectric material type which separates the plates.Since the supercapacitor is non-chemical, the voltage is free to keep rising till the dielectric fails. This usually occurs as a short circuit so it is advisable not to go above the specified voltage.The supercapacitor is not a battery replacement to store long-term energy. When the charge and discharge times are more than 60 seconds, a battery should be used; if less, then the optimum solution is a supercapacitor. Supercapacitors are perfect for quick charge and to fill a short-term power requirement; whereas batteries are better for providing long term energy. Combining the two in a hybrid battery can satisfy both requirements while reducing the battery stress, which leads to a longer service life.

They use supercapacitors  in different applications like automobiles, trains, cranes and elevators, for short-term energy storage, regenerative braking or burst-mode power delivery. These applications all require rapid charge/discharge cycles, instead of compact long term energy storage.Supercapacitors are most effective in bridging power gaps which last from a few seconds to a few minutes and can be quickly recharged. A flywheel can offer similar qualities, and in some applications the supercapacitor can compete against the flywheel, as in the Long Island Rail Road (LIRR) trial in New York.

\"After exploring a handful of the blog articles on your site, I honestly appreciate your way of writing a blog. I book marked it to my bookmark website list and will be checking back soon\" Regards Hannah" rel="nofollow" target="_blank">https://www.techlazy.com/best-books-time-management/\">Hannah Flack

you’re really a good webmaster. The site loading speed is incredible. It sort of feels that you’re doing any unique trick. Furthermore, The contents are masterpiece. you’ve performed a great task on this subject! Regards Ross" rel="nofollow" target="_blank">https://www.deepwebsiteslinks.com/bitcoin-casino-sites/\">Ross Alisha

\"Good post. I learn something new and challenging on sites I stumbleupon everyday. It will always be helpful to read content from other authors and use a little something from their web sites\" Regards Hannah" rel="nofollow" target="_blank">https://www.techlazy.com/\">Hannah Flack