Plasmonic properties were developed as a solution for overcoming the restricted light absorption in the thin film pv devices, and consequently different plasmonic solar cell types have been developed.

Plasmonic light trapping by metallic elements is of specific interest for the enhancement of the thin film solar cells efficiency. The interface between a metal and a dielectric semiconductor helps support surface plasmons (the collective oscillations of the conduction electrons in metals bound to the light oscillations in both dielectric and metal). The surface plasmons can be excited in either metallic nanoparticles (localized with limited spatial extent), or along the metal dielectric interface named SPP (surface plasmon polaritons), where it propagates and confines light at the interface. Using plasmonic elements improves the solar cell efficiency by concentrating light or trapping it at the absorber layer and also serves as a back contact or a cheap anti reflective electrode as well. 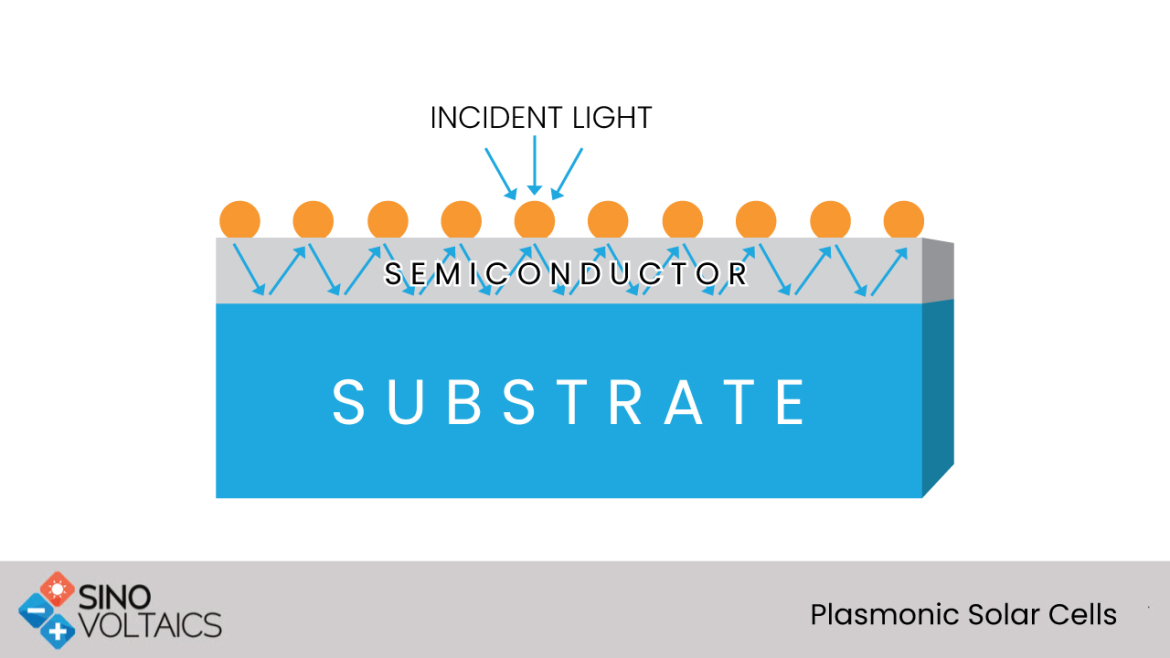 Plasmonic enhanced solar cell is a solar cell which converts light to electrical energy with the aid of plasmons, yet the pv effect occurs in a different material.